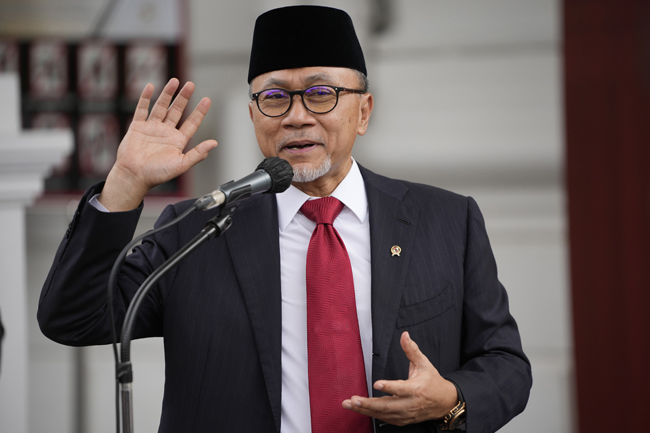 Despite being the world’s biggest palm oil producer, Indonesia has been dealing with domestic shortages and price increases for months as the Ukraine war chokes global supplies.

On Wednesday, Widodo removed Muhammad Lutfi from his post in a Cabinet shake-up, naming Zulkifli Hasan, who sits in the ruling coalition, as his successor.