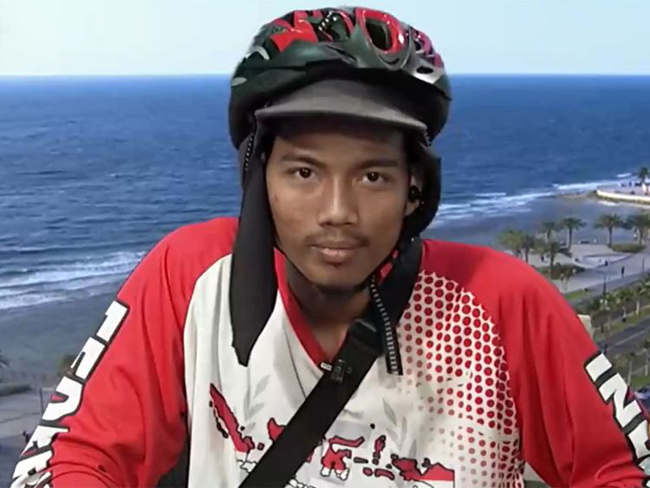 Gulf News – A young Indonesian said he made a journey of about seven and a half months on his bicycle from his home country to Saudi Arabia to attend next month’s annual Haj pilgrimage.

Mohammed Fawzan told Saudi television Al Saudia during his journey he suffered hardships including breakdowns in the bike and weather changes in some countries through which he had travelled before his eventual arrival in the Saudi port city of Jeddah. “Each country has its weather. Some countries were hot. Others were rather hot,” Fawzan said.