The Ministry of Defence received an official visit by the Chief of Defence Force of Indonesia (TNI) General Dato Paduka Seri Andika Perkasa yesterday. The TNI chief is in the country for a three-day visit.

During the visit, both sides reiterated their commitment to further strengthen the defence relationships while contributing to the peace and stability of the region.

Earlier, the RBAF Commander and the TNI Chief co-chaired the 4th Brunei Darussalam-Indonesia High Level Committee (BRUNESIA HLC) meeting between the RBAF and TNI at the Defence Academy RBAF.

BRUNESIA HLC is a biennial meeting held alternately in Brunei Darussalam and Indonesia to strengthen defence cooperation particularly in areas of intelligence, operations and exercises, training and education, as well as logistics.

As part of the visit, the visiting defence chief held a session with participants from the 12th RBAF Command and Staff Course and visited the Third Battalion, RBLF in Lumut Camp.

An official dinner for the Chief of Defence Force of Indonesia and his delegation, hosted by the RBAF Commander was attended by RBAF’s senior officers. 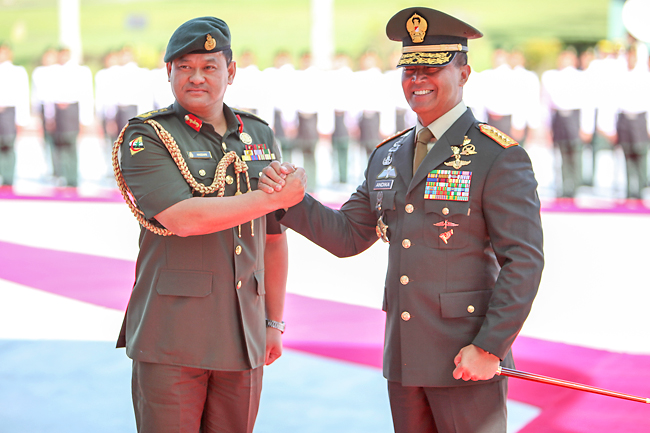 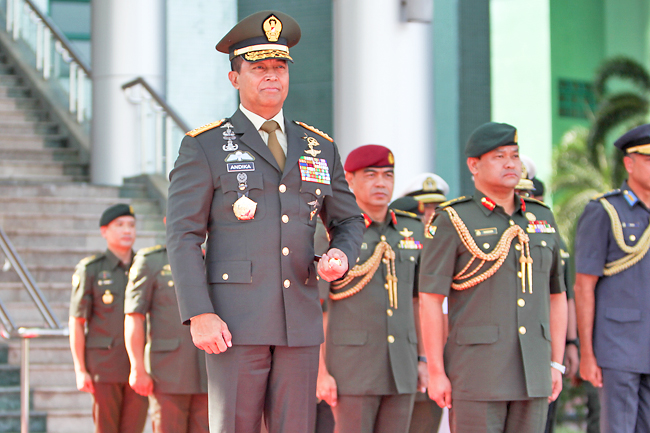