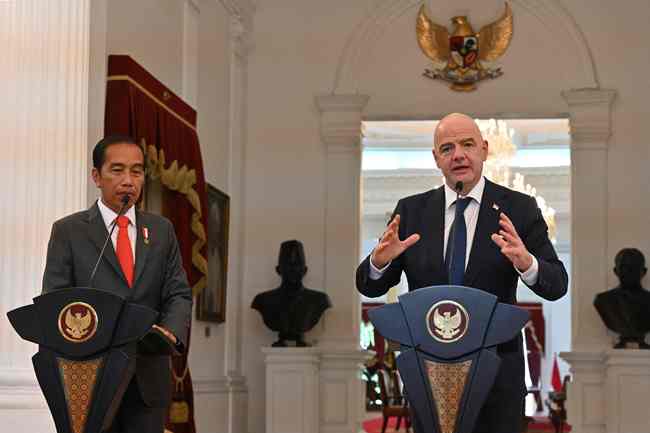 JAKARTA (AFP) – The Indonesian football stadium where a stampede killed 133 people will be torn down and rebuilt, President Joko Widodo said on Tuesday, as the head of FIFA pledged to help “reform and transform” the sport in the country.

Gianni Infantino met Widodo in the capital Jakarta, just over two weeks after the tragedy, and a year before the Under-20 World Cup is due to be held in the Southeast Asian nation.