JAKARTA (AFP) – Indonesia has lodged a formal protest with Britain after a United Kingdom (UK)-based separatist leader announced an interim government-in-exile for the Papua province.

Mineral-rich Papua, Indonesia’s easternmost province, has been dealing for decades with a low-level separatist insurgency and communal tensions.

Leader of a pro-independence group Benny Wenda this week declared himself the president of a new interim government in Papua, but an infuriated Jakarta dismissed his claim.

“The British ambassador promised he would deliver Indonesia’s strong protest and he also reiterated the UK government stance on the sovereignty and unity of Indonesian regions,” he said in a statement yesterday.

Indonesia took control of Papua, a former Dutch colony, in the 1960s after a vote showed a majority favoured staying under Jakarta’s rule.

Wenda, who has been living in Britain since the early 2000s, leads one of the groups campaigning for Papua’s independence, and Jakarta has declared that he is no longer an Indonesian citizen.

The region has seen communal and ethnic violence in recent years.

A spokeswoman for the UN Human Rights office said on Monday the organisation was “disturbed by escalating violence over the past weeks and months” in Papua. 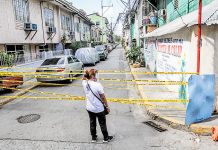 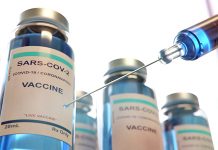 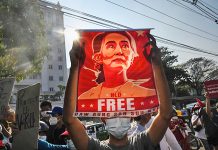