JAKARTA (CNA) – Indonesia’s anti-monopoly agency yesterday called for tighter controls on how much palm oil plantation area a business group can operate, to reduce the risk of unfair competition in the downstream cooking oil industry.

The agency known as KPPU has been investigating cartel practices in the cooking oil sector, which uses palm oil as a raw material and has seen retail prices soar in recent months.

KPPU found in an initial analysis that just five business groups in Indonesia control a large chunk of the country’s palm plantation area and that the area they control is larger than allowed, Director Marcellina Nuring said in an online briefing yesterday.

She declined to name the groups and did not share details of size of their operations.

Indonesia has a total palm oil plantation area of 16 million hectares, including those operated by small farmers, private firms and by state companies. A palm oil group is allowed to operate a maximum of 100,000 hectares of plantation.

KPPU is currently conducting a review of the issue and will submit the results of their analysis to the government, though it did not specify a timeline.

“If a business group is deemed to have exceeded the proper limit, their plantation permits should be redistributed so they are not overly dominant in the upstream sector,” KPPU Chairman Ukay Karyadi said.

Companies are currently able to control larger plantation areas by acquiring stakes in other companies, he added. 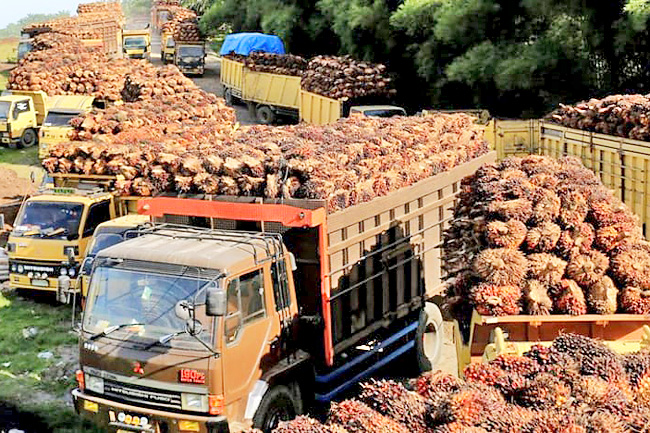