RIO DE JANEIRO (AFP) – Illegal fishermen operating in the remote Amazon region where a British journalist and Brazilian anti-poaching expert were murdered in June made death threats and opened fire on an Indigenous group, rights organisations said on Friday.

The attack is the latest violence in Brazil’s Javari Valley, the region where foreign correspondent Dom Phillips and Indigenous-rights advocate Bruno Pereira were killed, allegedly by an illegal fishing gang.

The region, which sits near the border with Peru and Colombia, is home to the largest concentration of uncontacted tribes on Earth, but has also been hit by a surge of illegal logging, poaching and drug trafficking.

The Kanamari tribe said a group of around 30 community members were travelling by boat to prepare an Indigenous council meeting when they crossed paths with illegal fishermen driving boats full of fish and turtles. 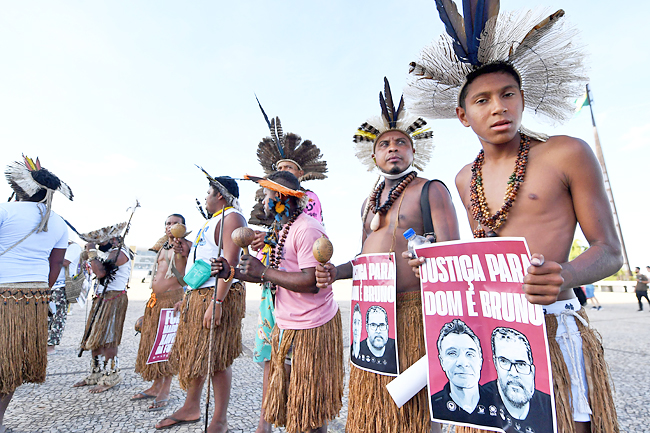