AHMEDABAD (AFP) – Indian Prime Minister Narendra Modi’s party won by a crushing landslide in his home state, election results showed yesterday, in a strong performance ahead of a national vote due in 2024.

In its best-ever performance in the western state of around 60 million people, the Bharatiya Janata Party (BJP) won at least 147 seats in Gujarat’s 182-seat legislature, up from 99, and was expected to win another nine once all votes were counted.

Modi campaigned hard in Gujarat, the state where he was chief minister for 12 years before ascending to become prime minister in 2014, and which voted on December 1 and 5.

Modi said on Twitter he was “overcome with a lot of emotion” by the results.

“People blessed politics of development and at the same time expressed a desire that they want this to continue at a greater pace,” Modi tweeted.

Modi was state premier in 2002 when around 1,000 people were killed in one of the worst outbreaks of sectarian violence in post-independence India. 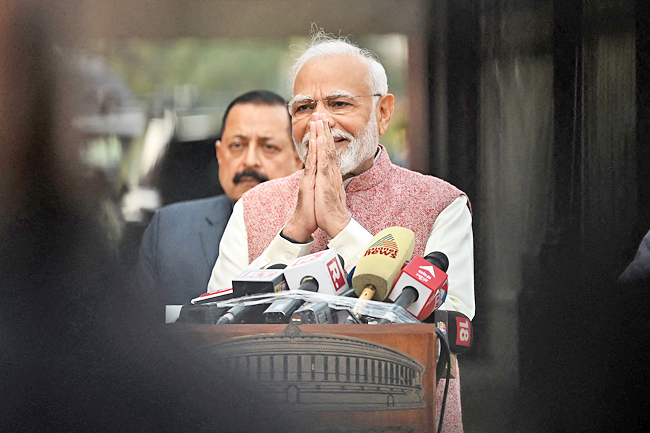