The doctor had to run for 15 minutes to reach the hospital as his car was stuck in the traffic jam following heavy rains and waterlogging.

His video of running towards the hospital has gone viral on social media winning him appreciation by netizens. “Saviour in white coat beats traffic to save a soul,” said Subodh Kumar on Monday.

Ranjan Rai praised the doctor on his social media as the unsung hero. “Proud of Bengaluru Dr Govind Nandakumar who was stuck in a traffic jam and getting late for the surgery of his patient, so he runs three kilometre to perform crucial surgery on time, leaving his car behind,” he said.

“Meet Dr Govind Nandakumar from Bengaluru who ditched his car in the heavy traffic and decided to run towards the hospital to perform an important surgery. Not every hero wears a cap, some wear white coats,” said another user. 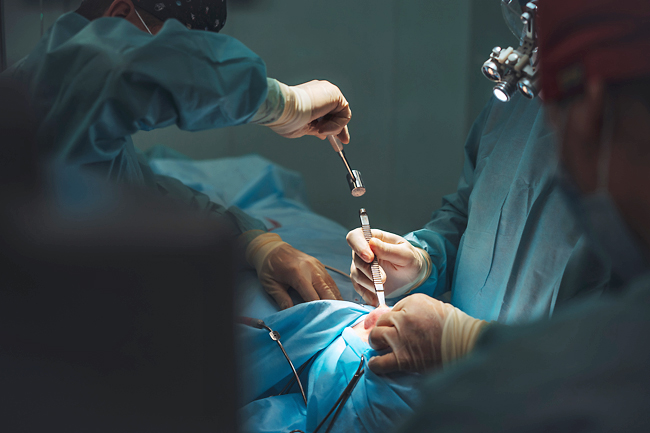 Sharing his experience, Dr Nandakumar stated, “During the traffic, the Google map showed 45 minutes to get to the hospital. Normally, it takes five to 10 minutes to reach the hospital through that route.

“I waited but time didn’t change on Google maps and I had an important surgery scheduled for morning besides several others during the course of the day.

At that point, I just decided to walk. I run and workout, so I used that to my advantage, crossed over the street and finished three kilometres in about 15 minutes.” He stated that his car driver took two-and-a-half hours to reach the hospital.

Dr Nandakumar has performed more than 1,000 surgeries in the past 18 years. He said this was not the first time he ran to reach out to the operation theatre on scheduled time.