PATNA, INDIA (AFP) – A New Delhi-bound flight carrying 185 passengers made an emergency landing yesterday in the eastern Indian city of Patna, after its left engine caught fire while in flight, officials said.

The passengers aboard the domestic flight, operated by commercial carrier SpiceJet, were evacuated safely once the pilot returned to Patna airport shortly after take-off.

“The flight returned to Patna airport after locals (on the ground) noticed a fire on the left wing of the aircraft and informed airport officials,” District Magistrate Chandrashekhar Singh told reporters.

“All 185 passengers were safely deboarded. Reason for the fire is a technical glitch. The engineering team is analysing,” Singh added.

A passenger told reporters that there were noises heard on board the plane in the first 15 minutes after take-off.

“The pilot announced there was some problem and that we would be going back to Patna,” said Pacifica.

A bird hitting the engine may have sparked the fire, local news broadcaster NDTV quoted aviation sources as saying.

The no-frills SpiceJet airline has been in the news in recent weeks, with aviation authorities imposing a fine of INR1 million for training its pilots on a faulty simulator.

In April, authorities barred 90 SpiceJet pilots from operating that aircraft, saying they were not properly trained, according to local media reports. 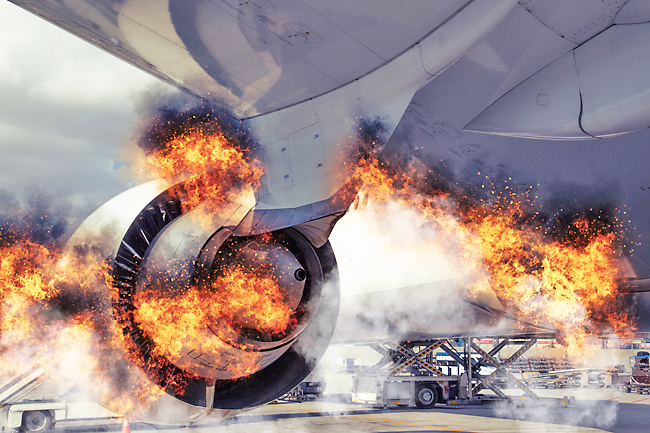