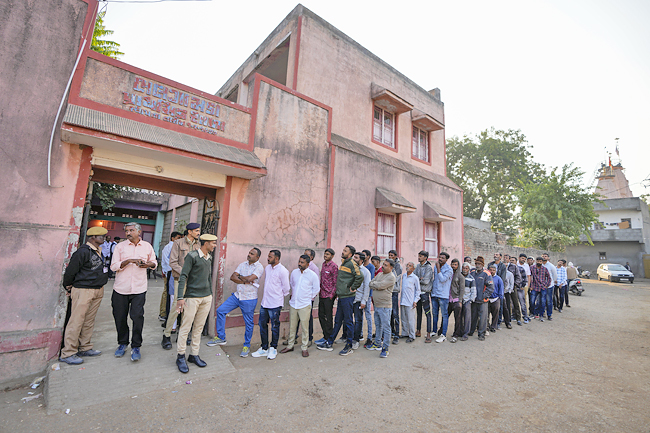 NEW DELHI (AP) – Voters in Prime Minister Narendra Modi’s home state of Gujarat cast ballots on Thursday in crucial local elections, a vote that is seen as a barometer of his ruling Bharatiya Janata Party’s (BJP) popularity ahead of a 2024 general election in India.

The polls are the first of two phases of voting in the western state that Modi ruled as chief minister for over a decade before he led his ruling Hindu nationalist party to victories in national elections in 2014 and 2019.