HANOI (VIETNAM NEWS/ANN) – The Vietnam-briefing.com published by Dezan Shira & Associates – a consultancy firm on foreign investment in Asia – has run an article, emphasising that since the European Union-Vietnam Free Trade Agreement (EVFTA) took effect in August 2020, Belgium has played a significant role in promoting trade and foreign investment into Vietnam.

According to the article, major sectors that Belgian investors have particularly shown interest in are industrial zones, food and beverage, processing and manufacturing, pharmaceutical, and renewable energy.

It noted that with increasing trade and investment between Belgium and Vietnam, Belgian investors have opportunities to invest in Vietnamese industries, favouring the economic and political landscape between the two countries.

Over the past decade, trade and investment relations between Vietnam and Belgium have improved considerably. This has been attributed to Vietnam’s growing economy and the expansion and globalisation of some Belgian corporations.

The article quotes Riccardo Benussi, Head of European Business Development of Dezan Shira & Associates, saying that more Belgian companies are looking to invest in Vietnam, especially with the implementation of the EVFTA and subsequent reduced tariffs. 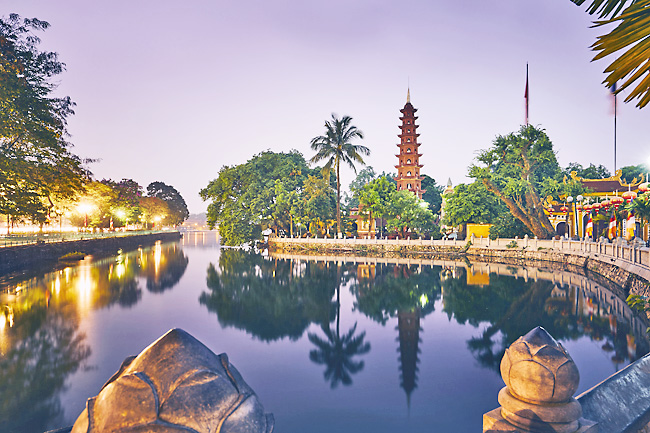 As of March 2021, Belgium has 78 investment projects in Vietnam, with a total registered capital of USD1.1 billion, ranking 23rd among 131 countries and territories investing in Vietnam. Vietnam is Belgium’s 14th largest trade partner, with a trade value reaching approximately USD707.55 million in 2020, up 6.7 per cent compared to 2019.

In the first seven months of 2020, due to the Covid-19 pandemic, Vietnam’s export value to Belgium totalled USD1.4 billion, down 17.7 per cent year-on-year. Vietnam imported USD459 million worth of goods from Belgium, up 11.9 per cent year on year.

The article said these figures demonstrate that while Vietnamese exports to Belgium experienced a depression, Belgium’s exports to Vietnam grew, which is a positive signal for the future of bilateral trade between the two countries.

In 2019, within the European Union, Belgium was the seventh-largest exporter to Vietnam and the sixth largest in 2018. Belgium’s top exports to Vietnam in 2020 were chemicals (46.2 per cent), and machinery and equipment (13.7 per cent).

Meanwhile, Vietnam’s top exports to Belgium were textiles, footwear and headgear, and base metals.

The most substantial Belgium investment in Vietnam is the development and operation of an industrial park cluster known as the Deep C Industrial Zone.

Head of Marketing & Sales for DEEP C Europe and the United States (US) Geert Dom said that DEEP C had attracted over 130 projects with foreign investors of different nationalities such as Belgium, Germany, Japan, the Republic of Korea, the US, and Singapore.