THE WASHINGTON POST – Do you ever reach for jarred sauce? I do from time to time, especially on weeknights.

Quality ones are made with a short list of fresh-tasting, flavourful ingredients, but then I almost always doctor that sauce up a bit. Turns out I am in good company.

If I needed permission – or encouragement – to take this short cut, I got it from Ina Garten in her new cookbook, Modern Comfort Food (Clarkson Potter, 2020), in which she makes a Shrimp and Linguine Fra Diavolo using jarred arrabbiata sauce.

Arrabbiata sauce is like marinara’s cousin. Garten also includes a recipe for the sauce in her cookbook.

It makes about four cups, but calls for a whole cup of garlic cloves, about three heads, as well as crushed red pepper flakes and black pepper, and fennel seeds.

It takes about an hour to make, including about 30 minutes simmering time and the time needed to peel all that garlic.

The sauce’s spiciness – jarred or homemade – makes it the perfect base for the fra diavolo sauce, which means ‘Brother Devil’. The light, tomato-based sauce is heated up with dried or fresh chili peppers and most often served with seafood and pasta.

I tried the dish both ways, making her homemade sauce and using the jarred one (she recommended Rao’s), and, frankly, could not tell that much difference. Both produced a warm pasta doused in a flavourful sauce that is born to be eaten from a big bowl on a cold night.

Don’t like shrimp? Make it with sauteed chicken or your favourite sausage – or skip the meat completely.

This recipe is adapted from a dish in Ina Garten’s cookbook Modern Comfort. She recommended using a jarred arrabbiata sauce – Garten likes Rao’s brand – to get it on the table more quickly. If you prefer to make your own, see the related recipe, or spice up your own tomato sauce for this dish with lots of garlic, fennel seeds and red pepper flakes.

Storage Notes: Leftovers can be refrigerated for up to three days.

Half teaspoon crushed red pepper flakes, plus more to taste

One jar arrabbiata sauce or other spicy pasta sauce

In a large, heavy-bottomed pot, such as a Dutch oven, over medium heat, melt one tablespoon of the butter. Add the panko and cook until lightly browned, stirring occasionally.

Transfer to a small bowl and stir in two tablespoons of the parsley and half teaspoon of the black pepper.

On a large plate, spread out the shrimp, pat them dry and sprinkle with black pepper.

In the same large pot over medium heat, add the remaining butter and the olive oil. Add the onion and cook, stirring until it begins to soften, about four minutes. Add the garlic and red pepper flakes and cook, stirring, until aromatic, about one minute.

Add the shrimp in as close to a single layer as possible, and cook until they just start to turn pink but are not cooked through, about one minute on each side. Simmer until the liquid reduces a bit, about two minutes.

Stir in the arrabbiata sauce and heat until it bubbles around the edges. Stir in the remaining six tablespoons parsley. Taste and add more pepper as needed. Turn off the heat.

In a large pot of salted boiling water over medium-high heat, add the linguine and cook according to package instructions for al dente. Reserve one-and-a-half cups pasta water and drain.

Add quarter cup pasta water to the shrimp mixture and stir to combine. If it seems too thick, add more pasta water a tablespoon at a time. Then, add the pasta and, using big spoons or tongs, toss it with the shrimp.

Let sit until the pasta absorbs some of the sauce, about one minute, adding more pasta water and re-tossing, if needed to coat the strands.

Transfer to a large, shallow serving bowl, sprinkle with the toasted panko and serve.

Ina Garten included this recipe, which she based on sauce served by chef Missy Robbins of the restaurants Lilia and Misi in Brooklyn, in her cookbook, Modern Comfort. She noted that “it has a stunning amount of garlic in it, but don’t worry; the flavour mellows as it cooks”. Use it to make her Shrimp and Linguine Fra Diavolo.

One teaspoon crushed red pepper flakes, plus more as needed

One teaspoon ground black pepper, plus more as needed

Half teaspoon kosher salt, plus more as needed

In a medium pot or Dutch oven with a lid, warm the olive oil over medium-low heat. Add the garlic and cook, tossing occasionally, until the garlic has softened and is lightly browned, about eight minutes. Watch the garlic closely so that it doesn’t burn, raising and lowering the heat as needed.

Pour the tomato mixture into the pot with the oil; add the fennel seeds, red pepper flakes, black pepper and salt. Raise the heat to medium-high and bring to a boil. Decrease the heat to low, cover and simmer until thickened and a bit darkened, about 30 minutes.

Remove from the heat and stir in the basil, if using. Taste, and season as needed. 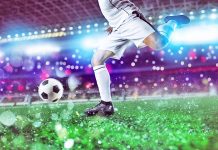 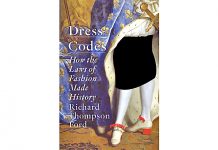 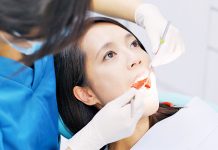