In with the ‘fever’

As the global football community and fervent followers of the sport welcomed the highly-anticipated World Cup 2022 in Qatar, Brunei Darussalam as a football-mad nation shares a common interest and passion. This is notably evident with the upcoming launch of a futsal tournament.

In commemorating one of the biggest tournaments in the planet, domestic clubs in the Sultanate have registered for the globally-inspired meet aptly titled ‘World Cup Fever Futsal 2022’, which will be held at the Universiti Brunei Darussalam (UBD) Sports Complex on November 27.

Organised by Kasuka Ar Rawda Sport Event Management, the tournament will bring together several local futsal clubs, pitting some of the freshest talents in a competitive environment with a unique World Cup theme.

With the tournament open to 32 entries, each participating team will be assigned a country who is currently playing in the World Cup.

It is also unique in the way that each team will not be able to identify their opponents, given that the teams will be assigned in random. 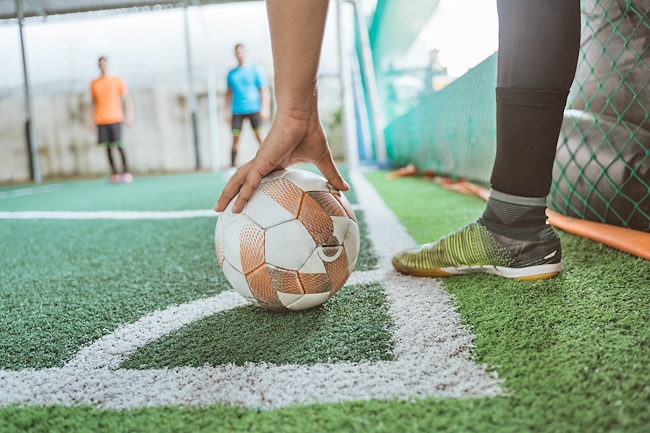 Besides the hosting of viewing parties, the tournament marks one of the efforts to further enliven the atmosphere of the World Cup in the country, which is taking place until December 18, when a champion will be crowned.

The concept and format of the local futsal tournament is also akin to the World Cup in the way that 32 teams are divided into eight groups. The top two teams from each group will advance to the knock-out phase or the round of 16.

Each team in the group stage will play a minimum of three games in a round robin format and a result-oriented system.

However, there will be a twist in the futsal tournament as, unlike the real draw in Qatar, the countries will be grouped against different teams.

Cameroon, Senegal, Croatia and Japan are in Group ‘A’ while Group ‘B’ comprises Wales, Morocco, Poland and Canada.

Group ‘E’ is made up of Argentina, South Korea, Netherlands and Uruguay while England, Tunisia, Ecuador and Denmark are in Group ‘F’. France, Ghana, Portugal and Saudi Arabia are in Group ‘G’, while Germany, Belgium, Brazil and Iran were drawn in Group ‘H’.

The championship is particularly aimed at fans of local futsal players to showcase their abilities and potential, in addition to their respective training series for futsal clubs, before joining the national-level futsal competition next season.

The tournament, which has been well received, will offer cash prizes to the champions and runners-up, and two third-placed teams will also receive prizes.

With 32 teams vying for top honours, it easily makes World Cup Fever Futsal one of the biggest futsal tournaments in the domestic calendar this year.

The World Cup also comes at the right time when the country is still fresh from celebrating the national team’s qualification to the main draw of the upcoming ASEAN Football Federation (AFF) Mitsubishi Electric Cup.

It was one of the country’s biggest footballing highlights in their history after ending a 26-year wait in the tournament proper and allows them to compete against regional powerhouses in the sport such as Thailand and Indonesia.

Their group also sees the Philippines and Cambodia as newly-appointed head coach Mario Riveira will hope that they will not just make up the numbers.

In the past, local organisations mainly in the hotel and hospitality industry hosted live viewing of FIFA World Cup matches, with notable examples such as in 2006 between Ukraine and Switzerland as well as England’s quarter-final exit to Portugal in penalties during the same competition.

Meanwhile, football fans in the country have also flown to Qatar to see the tournament live and have a real sense of excitement to be able to watch it in person.

Haji Zainal bin Haji Ali, a family member leading a delegation to the Middle Eastern nation said, “We have been preparing and planning this trip (to Qatar) for over a year.

Alhamdulillah, we are lucky to get help from the Football Association of Brunei Darussalam (FABD) in getting ticket bookings, so our deepest appreciation goes to them.”

Lucky draw winner Nur Khairunissa binti Haji Mohd Wali, whose car’s registration plate was called after having been eligible to enter following her purchase of a Hyundai Creta, is also in Qatar after winning the grand prize.