In ‘Trust’, the rich are not like you and me

THE WASHINGTON POST – Hernan Diaz’s new book, Trust, is about an early-20th-Century investor. Or at least it seems to be. Everything about this cunning story makes a mockery of its title. The only certainty here is Diaz’s brilliance and the value of his rewarding book.

Though framed as a novel, Trust is actually an intricately constructed quartet of stories – what Wall Street traders would call a four-for-one stock split.

The first part is a novella titled Bonds, presented as the work by a now forgotten writer in the 1930s named Harold Vanner. A pastiche of F Scott Fitzgerald’s and Edith Wharton’s fiction, the story luxuriates in the tragic fate of America’s wealthiest man, Benjamin Rask. The opening line immediately signals the narrator’s mingled awe and reproof, “Because he had enjoyed almost every advantage since birth, one of the few privileges denied to Benjamin Rask was that of a heroic rise.”

Diaz, writing as Vanner, spins the legend of an icy, isolated young man who quickly masters the levers of finance to transform his “respectable inheritance” into an unimaginably large estate. “His colleagues thought him prescient,” the narrator wrote, “a sage with supernatural talents who simply could not lose”. Relying on a mixture of mathematical wizardry and infallible intuition, Rask profits in bull markets and bear markets, leveraging the gains of the Roaring Twenties and selling short just before the Crash of 1929.

Indeed, there’s something vaguely sinister about Rask’s good fortune, a lingering sense that he’s pulling the strings of the national economy, profiting first off the naivete and then off the suffering of ordinary folks.

But Rask joins the right clubs, builds a gorgeous mansion and donates to the noblest causes, if only to keep his seclusion from attracting attention. 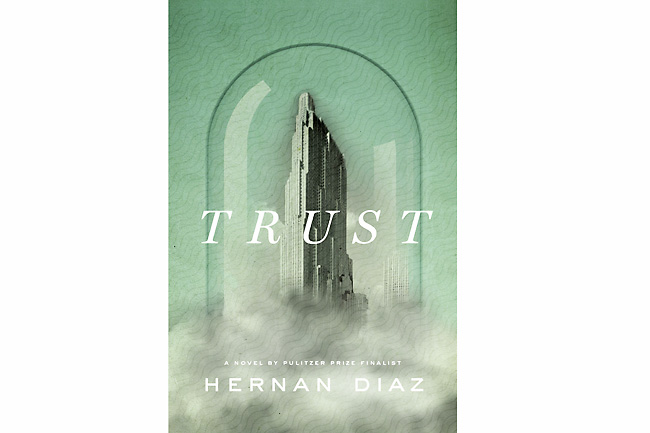 Everything about his persona is carefully engineered to inspire veneration but not too much.

Chaos slips into the story through the heart when Rask falls in love with an equally eccentric young woman. United in their studied aloofness, Mr and Mrs Rask evolve into “mythical creatures in the New York society they so utterly disregarded, and their fabulous stature only increased with their indifference”.

In each grandly choreographed chapter of this novella, disparate movements are gradually brought to conclusions both surprising and inevitable. With Bonds, Diaz has written a classic morality tale in the long tradition of America’s conflicted relationship with its aristocrats. If the Rasks’ opulence seems enviable, we must be assured that they suffered extravagantly, too.

And so, when their fateful punishment arrives, it’s suitably shocking and humiliating, a melodrama of debasement designed to reassure readers that the ethical accounting of the universe cannot be cheated.

Diaz’s debut novel, In the Distance, was a finalist for the Pulitzer Prize in fiction, and this opening section of Trust alone would have been sufficiently impressive to garner praise, but it’s just the first tranche of Diaz’s complicated project.

The next part of Trust is presented as an unfinished autobiography written by the wealthy financier portrayed in the previous, thinly disguised novella. Clearly, this memoir is meant to be a corrective for a public insatiably fascinated by the lives of successful businessmen. The whole manuscript is written in a pompous, defensive stance, laced with aphorisms about the wonder of free markets.

Between narrative passages, we can see editorial notes for future emendations, eg “MATH in great detail. Precocious talent. Anecdotes”. The effect is slightly embarrassing, like seeing a man brushing shoe polish on his grey hair. It’s a reminder of the self-serving, self-mythologising function of all memoirs.

Ever the chameleon, Diaz shifts his style and tone in this section to reflect the wounded pride of a powerful man convinced that his life story, properly presented, will offer valuable instruction to posterity.

But Diaz inhabits this voice so completely that he can simultaneously deconstruct that theme. The financier’s insistence on self-reliance only draws more attention to his dependence on inherited wealth. This is a man so steeped in self-pity that he regards the public’s misunderstanding of his vast fortune as “his cross to bear”. His repeated claims of devotion to the national good raise suspicions about his potentially fraudulent activity. And finally, his pat, sentimental appraisal of his wife feels more like an act of obliteration than appreciation. How piqued, then, our curiosity is when the third section of Trust arrives. It’s an autobiographical essay written many decades later by the financier’s ghost writer looking back at her life as a poor young woman. Enough time has passed for her to finally speak freely about the famous philanthropist, and yet her strange encounter was so long ago that much remains lost in the fog. Her tardy search for the truth becomes a fascinating exploration of the way history is shaped by facts, competing desires and even archival accidents.

As Trust moves into its fourth and final section, fans of Lauren Groff’s fantastic 2015 novel, Fates and Furies, will recognise a similar strategy – an exploration of convoluted and repressed testimonies behind the story of a great man.

But Diaz is drawing on older feminist works, too, such as Jean Rhys’ Wide Sargasso Sea and Charlotte Perkins Gilman’s The Yellow Wallpaper. He’s interested not only in the way wealthy men burnish their image, but in the way such memorialisation involves the diminishment, even the erasure of others.

The novel isn’t just about the way history and biography are written; it’s a demonstration of that process. By the end, the only voice I had any faith in belonged to Diaz.