THE WASHINGTON POST – You should know, before you begin this journey, that This Time Tomorrow is a story about time travel. So prepare your suspension-of-disbelief mind muscles for the heavy lift.

Or just settle in for the ride, confident that Emma Straub will conduct you to the welcoming place where fiction and wishful thinking align. There are plenty of signposts to ease your way.

Most helpfully, the father of our protagonist Alice (of course!) is the author of a wildly successful book and TV series about time travelling brothers, and thus an expert on the mechanics of the business.

But well before he has a chance to explain about time loops and wormholes and multiverses and whatnot, we find him unconscious in a hospital bed, approaching that ultimate time machine, death.

It is Alice’s 40th birthday, a wormhole if ever there was one, and along with confronting her beloved father’s mortality, she is contemplating her own life at this juncture: single, with a serious boyfriend she’s not about to marry, living in the same studio apartment in Brooklyn that she’s had since college, working at the posh private school she attended where she’s now vetting the children of her former classmates (including her teenage crush). 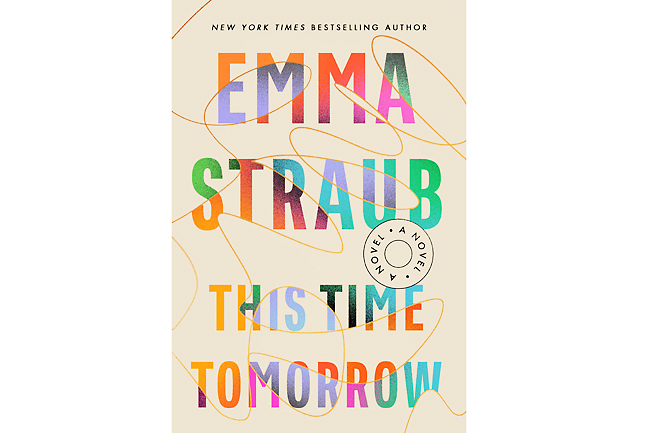 For her birthday, Alice arranges to have dinner with Sam, her lifelong best friend, a happily married mother of three, whose gift is a framed photograph of the two of them at Alice’s 16th birthday party, “both wearing tiaras and slips and dark lipstick”.

On her way home Alice stops at an old haunt, Matryoshka, a Russian-themed establishment in the 50th Street subway station, and you can just feel the magic, like the dark, beginning to gather strength. Did I mention that it’s October? “A good month to confront death,” Alice later observes, “this was why Halloween worked.”

Alice’s father’s house, the house she grew up in, is on quaint Pomander Walk – “a real street inspired by a novel-turned-play about a small town in England… with two rows of tiny houses that looked straight out of Hansel and Gretel, locked behind a gate”. Alice passes out there – and wakes up in her childhood bed on her 16th birthday.

She’s not dreaming or concussed. She’s been handed the chance to revisit a pivotal moment in her life story, perhaps to revise it. “That was the magic,” as she comes to see it, “how the same story could be told an infinite number of ways.”

Meanwhile, there’s the fun of being 16 again, with all the know-how of a 40-year-old and foresight of a time traveller, which allows Alice to do it better, but also, poignantly, to appreciate the youthful loveliness that she was just too young to see in herself at the time. And when better to see it than on her 16th birthday.

Will what she does change the future? Will she be able to get back, and how? Can tinkering with her father’s habits or routine in the past spare him in the present?

With Sam, a game girl, in her confidence, Alice reviews time travel tales for clues, from Back to the Future and Groundhog Day to Outlander and The Time Traveler’s Wife. Unsurprisingly, it’s her father, creator of Time Brothers, who has the key. He is the key – as the whole story is really about Alice holding onto her father, who’s out of time.

And Alice, in her own way, is also out of time, apt to feel “like she was already missing the moment that she was still living inside”. What strikes her most powerfully, again and again, is how time passes, and change happens, unnoticed.

Even before her adventures, finding herself at Matryoshka’s door at the surprising age of 40, she wonders “if no one ever felt as old as they were because it happened so slowly… everyone was a lobster in the pot.”

“Sometimes people didn’t understand,” Alice reflects, “that fiction was a myth. Fictional stories, that is. Maybe there were bad ones out there, but the good ones, the good ones – those were always true. Not the facts, not the rights and the lefts, not the plots, which could take place in outer space or in hell or anywhere in between, but the feelings. The feelings were the truth.”

Travelling back and forth through time, through some of the infinite ways her story might be told, Alice is looking for the good one, the one that, wistful as a fairy tale in its way, finally feels true.