Aged 46, he’s published longform essays on esoteric topics while holding down a job as a writing lecturer at a middling New York college.

He’s a bundle of contradictions, assertive in his Marxist views – with a little Nietzsche on the side, they pair together here – but still weak-kneed years after a divorce from his striver wife.

He’s negotiating the disillusion of middle age while parenting, in fits and starts, a 12-year-old daughter, Mabel, and pouring his aspirations into The Luddite Manifesto, his first contracted manuscript.

He can’t afford a brownstone apartment in tony Park Slope so he’s decamped to a fourth-floor walk-up in a less desirable neighbourhood. Inwardly he seethes with financial and professional envy. Which is to say: he’s a typical Homo literatus brooklynensis.

Wayne’s running hard to keep up with the zeitgeist: Paul is easily triggered, quick to blame his frustrations on profit-hungry corporations and Instagram algorithms, mansplaining to Mabel and his mother and even Jane, his ex-wife. He embodies the flaws and ennui of his demographic, but Wayne doesn’t know what to do with him. 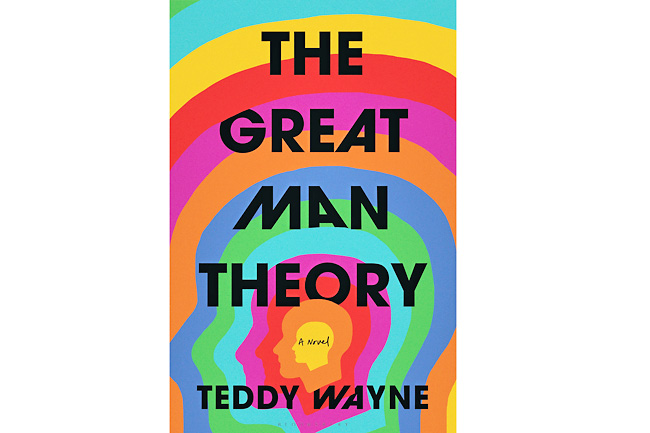 Written in short, brisk chapters, a few only a paragraph long, the novel tracks Paul as he’s demoted to an adjunct (less pay and more classes). Strapped for cash, he gives up the Brooklyn crib and moves in with his widowed mother in the Bronx.

She’s found love with fellow octogenarian Marvin and a cable-news network modeled on Fox News; there’s even a Sean Hannity-like pundit who looms in the background.

Paul is determined to finish his book and launch the gilded academic career that has eluded him.

He takes a second job, driving a car-for-hire; he strikes up a dubious mentor-like relationship with a bright female student; he woos a producer at the network to pull off a far-fetched scheme.

Wayne insists we see all the flashing red lights, as Paul riffs on phone screens, bourgeois vanities, and the voters who put a crazy con man in the White House.

The Great Man Theory, then, is a character study. Wayne is at his best when he dials down the temperature, plumbing the nuances of the parent-child connection, how it creeps up on Paul, startling him with its unequivocal love. (There’s always equivocation in Paul’s relationships).

As he observes of his daughter, “the raw magic of her existence hadn’t yet faded; he was a fool for her, still instantly smiled upon seeing her face… It opened up a Mabel-sized space in his heart, an unexpected warm spot on an ice-cold lake”.

This generous impulse extends across generations, as Paul grasps the arc of his mother’s life, moulded by the Depression and World War II.

“She’d been a decent mother to him as a child-if not quite loving or supportive enough by modern helicopter-parent or even Boomer standards,” Wayne writes, “an understudy who never quite took to the role, mired in the stultifying thought patterns, rigid behaviours and emotional austerity of the gruelling decade in which she’d been born.”

But these moments trickle away like sand through fingers. The problem is that Wayne can’t (or refuses to) shift his protagonist out of neutral: Paul’s stuck in a rut of self-regard, grinding his gears. He keeps getting in his own way.

This feels like a missed opportunity: Wayne could have danced a tango with Paul, cunningly twisting and dipping him, but instead shoves the guy into the corner of his isolation, “his solo moviegoing, his weekends scaling archival mountains of the New York Review of Books… he craved his armchair, his record player, a book, and a drink… He’d more or less achieved his goal of not doing things”.

The theory behind The Great Man Theory is a not-great man. Even as Paul’s life changes mid-novel, Wayne patronises his protagonist, reducing him to a cultural cliche which, while rooted in truth, stays flat on the page.

Wayne writes the occasional arresting phrase, but for the most part the novel wobbles forward on clunky, adverb-heavy sentences.

The plot grows increasingly ornate, weighed down by Paul’s obsession with fame. We await a payoff that never lands.

If Paul had been allowed room to mature, to breathe, perhaps Wayne would have created a character more relevant to our times.

Unfortunately, too often we want to mimic Paul’s own instincts: “he couldn’t read more than a page without scurrying into a mental escape hatch.”