THE WASHINGTON POST – A deep irony in Hanna Halperin’s debut novel Something Wild is that both sisters at the centre of a story about women, violence and injustice spend time in Northampton, Massachusetts, the location of Smith College and a city known for its left-of-centre, feminist atmosphere.

Not even such a place, Halperin seems to say, is immune from our society’s ingrained misogyny. Not even an institution that attempts to uphold the highest levels of respect can affect the inequality between men and women that relies on violence and deceit.

If Something Wild paints a bleak picture of society, maybe that’s because Halperin worked as a domestic-violence counsellor. She has heard the ugly stories, probably even uglier than what happens to her protagonists, sisters Nessa and Tanya Bloom, and their
mother Lorraine.

Tanya, a Smith alum and attorney living in New York City with her husband Eitan, has just discovered she’s pregnant when Nessa calls her back to their mother’s house in Arlington, Massachusetts, just outside of Boston. Lorraine’s second husband Jesse has beaten and strangled her to the point that her eyes have hemorrhaged red; her daughters hope to convince her to leave Jesse, and rush her to a remote bed-and-breakfast so they can keep her safe while they decide what to do.

On one hand, you know the rest. Lorraine goes back to Jesse. But before readers can move ahead to what happens between the two, Halperin takes us back to what happens between the sisters, when they were in high school and wanted to experience something wild. The ugliness of the encounter they have with a middle-aged man who calls himself Dan will send shock waves through their remaining years of adolescence – and, in a way, determine how Tanya and Nessa cope with great loss. 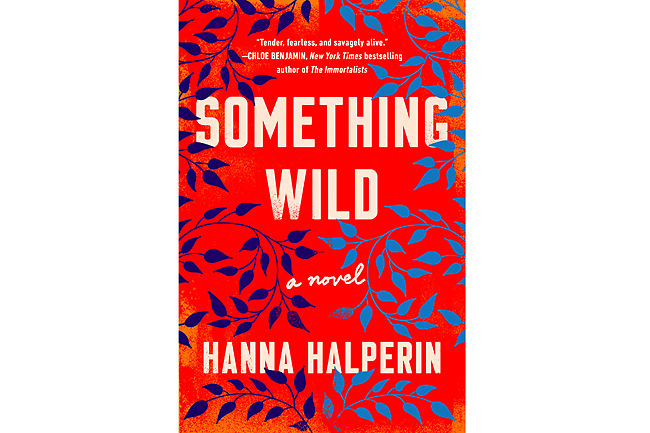 Nessa and Tanya mistake desire for anger, violence and the misuse of power, because that’s what they’ve seen in their mother’s life post-divorce, at a time when they, as young teens, are vulnerable to misreading adult interactions. What’s different about Something Wild isn’t necessarily that insight, but the care with which it’s developed. Rarely has an author taken the time and demonstrated such honesty with the complexity of girls’ desire and how they act on it, how it can sour the sweetest relationship.

The Bloom sisters will never be the same. And perhaps that’s what Halperin wants to show: For survivors, change is the only path that offers true healing.

At a time when many novels rely on intricate plots or eccentric narrative voices, Something Wild eschews literary pyrotechnics and relies instead on the power of truth. We may not like what we see, but we know we’re being given an opportunity to change the way we look at dynamics.