NIKEL, RUSSIA (AFP) – Freezing winds blow through a vast hangar in the Russian Arctic, where giant, once-gleaming machines are still, and a layer of snow has covered empty vats.

Owned by the mining giant and leading operator in the northwestern resource-rich region of Murmansk Norilsk Nickel, the Nikel metallurgical plant was a major source of pollution for decades.

In 74 years of operation, the plant near the Norwegian border produced more than 2.4 million tonnes of nickel, a non-ferrous metal that gave the town of Nikel its name.

Each year, the smelter spewed out four times as much sulphur dioxide as all of Norway’s industries, devastating vegetation and poisoning the region’s air.

But the former howl of turbines has now given way to silence. Closed in December, the Nikel factory with its near-dilapidated buildings and outdated technology is to be dismantled by 2029.

Strolling among the frost-covered machinery, production assistant Vladimir Bezushkov does not hide his bitterness over the death of a factory to which he gave 25 years. 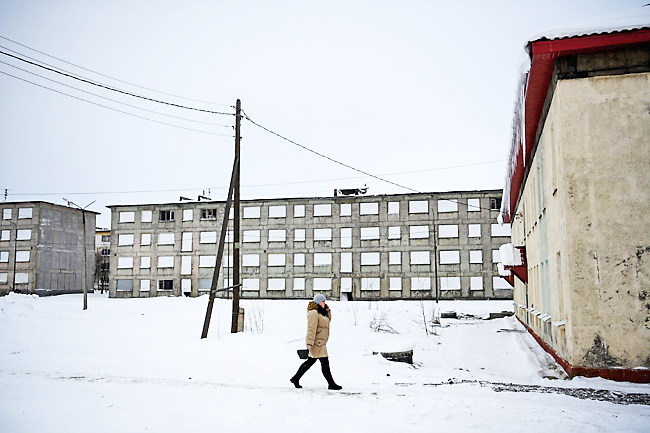 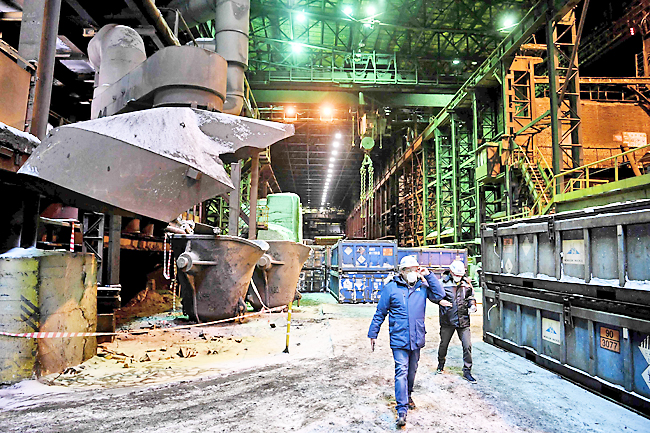 “I would have liked to continue working as I did before. It’s a shame, but what can be done?”

Asked about the plant’s sulphur emissions and resulting pollution, he responds: “Maybe, but we met all the standards.”

The closure of the Nikel smelter is part of a global strategy aimed at transforming Norilsk Nickel, also known as Nornickel, into an environmentally friendly company – or at the very least, limiting its environmental impact.

The shift in strategy comes in the wake of one of the Arctic’s worst ecological disasters. In May, more than 20,000 tonnes of diesel leaked into lakes and rivers after a fuel reservoir collapsed at a power plant owned by Nornickel.

The company, which was slapped with a fine roughly equal to USD2 billion by the Russian government, claims to have “learned an important lesson”.

One of the world’s biggest polluters and an essential cog in Russia’s Arctic development, the company now plans to invest USD5.5 billion over the next 10 years to modernise equipment, clean up existing pollution and support national parks.

One of those initiatives includes reducing emissions on the Kola peninsula – home to Murmansk and bordered by Norway and Finland – by 85 per cent by the end of 2021.

“Nornickel has completely stopped dumping pollutants on the territory of Nikel and the surrounding region,” Deputy Director of the company’s local subsidiary Maxime Ivanov, told AFP.

Recognising that sulphur dioxide emissions “have caused some environmental damage”, Ivanov added: “The production of metals using modern green technologies is our strategy, our goal, and that is what we are striving to do.” Nikel’s metallurgical production has been partly transferred to the huge Monchegorsk factory farther south in the Murmansk region, where these new technologies are to be implemented.

Director of one of the plant’s sectors Vadim Menchenin told AFP that with a new refining unit the company plans to double copper production to 150,000 tonnes per year.

“There will be no negative impact on the environment,” Menchenin said.

Today, Nornickel’s Monchegorsk plant produces copper, cobalt and nickel. But its smelter, like the one in Nikel, is to be closed by March 1 in favour of the more environmentally friendly refinery.

Neighbouring Norway welcomed the closure of the Nikel plant, with local environmental non-governmental organisation (NGO) Bellona Foundation describing it as a “gift to nature”.

In 2007, the plant’s emissions were so severe that Oslo considered evacuating its border residents.

Yet despite significant investments in new technologies and reduced emissions, Nornickel’s plants remain among the main sources of Arctic pollution.

“The closure of factories that have had their day is a step in the right direction. But it is not enough compared to the production volumes of this company with revenues amounting to several billion,” Yelena Sakirko of Greenpeace’s Russian branch told AFP.

“The Arctic has a very vulnerable ecosystem which takes a long time to regenerate,” she added.

“In our eyes, there are regions that should be protected from human activities.”