THE WASHINGTON POST – Shutdown: How Covid Shook the World’s Economy is among the first of what is sure to be many books that will attempt to recount and analyse the coronavirus pandemic and its aftershocks. But this is not a book about the health crisis, the staggering loss of life or even the devastating toll the titular economic shutdowns have had on communities already struggling to make ends meet. Adam Tooze instead measures the impact of lockdowns in declines in credit card spending in Spain, increases in unemployment-benefit applications in the United States (US) and drops in passenger throughput at Heathrow Airport.

So it should not be surprising that Tooze’s covid crisis heroes are not frontline healthcare workers or scientists racing to find a vaccine but central bankers. Jerome Powell, chair of the Federal Reserve, emerges as a pragmatic and decisive protagonist. The once-embattled former investment banker who had drawn the ire of US President Donald Trump, who claimed he wasn’t doing enough to help boost the US economy, led a series of monetary and fiscal interventions that ultimately helped prop up the global economy.

Tooze briskly and expertly recounts the tense weeks in March 2020 when the Fed shored up the Treasury market with collateralised short-term loans, dropped interest rates to zero and announced backstops for commercial paper – promissory notes that companies issue to fund short-term obligations. The moves paved the way for other reserve banks to act and for governments to approve emergency relief. By the end of 2020, lawmakers and central banks had pledged nearly USD20 trillion to “put a floor under the world economy,” in the words of the International Monetary Fund. (There was, however, no discernible ceiling on wealth creation: US households added USD13.5 trillion in wealth in 2020, according to the Federal Reserve, with about a third of that going to the top one per cent, mostly in the form of gains when the stock market rallied in response to the various stimuli.)

The success of these state interventions helps bolster Tooze’s central thesis, which is that the great neoliberal experiment – favouring market-driven policies such as globalisation and privatisation – has failed. “The idea that the natural envelope of economic activity could be ignored or left to markets to regulate was clearly out of touch with reality,” he writes. “So too was the idea that markets could self-regulate in relation to all conceivable social and economic shocks.” 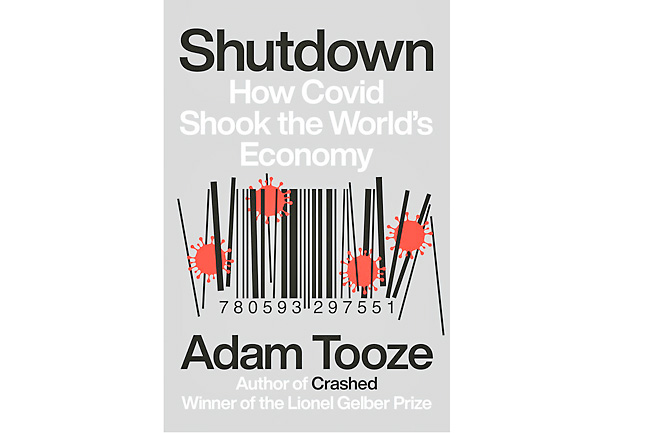 As one piece of evidence of neoliberalism’s demise, he cites the speed and equanimity with which Congress passed the Cares Act, whose USD2.7 trillion final appropriation was “nigh on three times” the hard-fought Obama stimulus package aimed at stabilising the US economy in the wake of the 2008 global financial crisis.

Tooze routinely compares the coronavirus shutdown to the 2008-2009 financial crisis, in no small part because his last book, Crashed: How a Decade of Financial Crises Changed the World, chronicled the lead-up to and fallout from the Great Recession. It also happens to make for apt comparisons, as few previous economic and health disasters can match the scale and global reach of this pandemic.

Still, Tooze scarcely dives into any other health-related calamities or major financial scares. He dedicates just a few paragraphs to the flu pandemic of 1918, noting that “it stopped ordinary life in some cities for a matter of months, causing closures of businesses and social distancing.” While there may be few lessons for central bankers or fiscal policymakers to learn from 1918, one would think that Tooze, a professor of history at Columbia University, would be well positioned to research and detail how politicians addressed the hardships brought on by the last pandemic or how some of the world’s most enduring corporations managed through it.

Tooze’s book offers readers a comprehensive and smartly written summary of the economic impact of the coronavirus. I marvelled at how he included data points from Turkey, Trinidad and a range of small countries. I can see myself using this book as a reference guide, turning back to highlighted passages – and the extensive footnotes – to remind me of key moments and announcements in 2020.

The biggest shortcoming of Shutdown is that historian Tooze’s subject is far from history. The book ends in May 2021, before global health organisations started warning about the rise of variants and breakthrough infections, and before companies pressed pause on ambitious return-to-work plans. Meanwhile, the new era of government spending championed by Tooze is hardly a fait accompli. As this review went to press, President Biden was struggling to win bipartisan support for a USD2 trillion infrastructure plan, and lawmakers seemed to have little inclination to spend tax dollars to address climate change, a crisis that by many accounts dwarfs the pandemic. Neoliberalism isn’t history yet, and neither, it seems, are shutdowns. 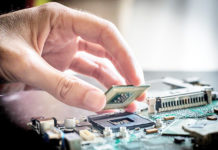