With the pandemic’s devastating impact on the economy, migrant workers were often the first to lose their jobs ahead of national workers, particularly those in precarious low-wage sectors, says a new report by the International Labour Organization (ILO).

Titled Locked Down and In Limbo: The Global Impact of COVID-19 on Migrant Worker Rights and Recruitment, the report states that, in addition to facing a higher risk of losing their jobs, migrant workers often have less access to benefits compared to national workers.

According to ILO surveys, social security is not available for 97 per cent of workers from ASEAN member countries who are unemployed in the destination countries. Personal protective equipment (PPE) is also not provided for a third of the survey participants.

Among destination countries where cash payouts are available, migrants are often unable to access the funds due to administrative barriers and lack of information. Some have succeeded in accessing cash payouts but they are considered to be “notable exceptions”.
Only a few countries provide financial support to returning migrants as part of the COVID-19-related welfare scheme. 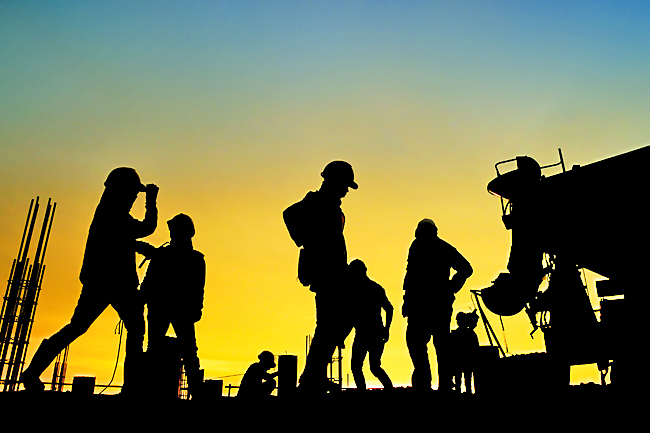 Due to the economic shock, many migrant workers have their employment suspended or terminated. Some are stood down without pay, have their hours or pay reduced, or are required to go on leave. Others receive no pay at all.

With lockdowns and border closures in place, millions of migrant workers find themselves stranded. Many are unable to return home, in addition to losing their jobs or having expired visas and permits.

Others are suddenly repatriated, with public health used to justify the expulsion in some cases. Migrant workers are often stigmatised when they returned to their home countries as they are considered to be COVID-19 carriers.

As a result of being unemployed and unable to return home, many migrant workers accumulate debt. With no other help or financial support, many have to spend their savings for their living expenses and for their families in their home countries.

Migrants who return home empty-handed can face threats, abuse or violence by moneylenders.

Another issue faced by migrant workers is discrimination and xenophobia. Labour rights violations among migrant workers are reportedly common around the world, particularly in terms of differential treatment on the basis of nationality or a failure to extend equality of treatment with nationals.

Women migrant workers tend to have even more limited income security and social protection than average. The report attributes this to gender wage gap and the “precarious, insecure and informal employment” for the majority. They are more susceptible to violence at the workplace and have difficulty accessing healthcare and social protection, especially for the live-in domestic workers.

“The pandemic has highlighted the need – and provided an impetus – for the ongoing efforts to find alternative recruitment and employment options to absorb displaced workers.

In some countries, returnees including their family members are offered cash subsidies. Some governments are reported to have offered support to provinces with high levels of returned migrant workers.

Most of the migrants in the ASEAN region interviewed in the first quarter of 2020 intended to remigrate, said the report.

A number of them intended to stay put in the short term, with one of the plausible reasons being fear of infection, while others planned to remigrate in the long term.

However, when a follow-up survey was conducted in early 2021, it was reported that fewer people planned to remigrate compared to last year – a drop from 60 per cent to 23 per cent. Most returnees seem to prefer staying with their families and taking care of the family business.

The report calls for protecting the rights of migrant workers and recommends several actions to be taken such as providing COVID-related health and recovery services, extending equality of treatment with nationals to ensure non-discrimination, implementing safety measures on the basis of equality of treatment with nationals, and protecting employees from gender-based violence and harassment.

Bilateral agreements should also be reviewed to protect migrant workers affected by sudden economic shocks and to facilitate their safe return, and migrant workers should be ensured they do not pay recruitment fees or related costs including PPE, testing, vaccine, vaccination certification and quarantine.