THE WASHINGTON POST – One hundred years ago, a play titled RUR, by Karel Čapek, debuted in Prague and gave us the word “robot”. Since then, androids have been dreaming of electric sheep, and we’ve been having nightmares about the robot apocalypse. But calamity rarely comes in the neat, clarifying ways we fear.

Leave it to Kazuo Ishiguro to articulate our inchoate anxieties about the future we’re building. Klara and the Sun, his first novel since winning the Nobel Prize in 2017, is a delicate, haunting story, steeped in sorrow and hope. Readers still reeling from his 2005 novel Never Let Me Go will find here a gentler exploration of the price children pay for modern advancements. But if the weird complications of technology frame the plot, the real subject, as always in Ishiguro’s dusk-lit fiction, is the moral quandary of the human heart.

Klara, the narrator of this genre-straddling novel, is an Artificial Friend (AF), a popular class of androids designed to provide companionship to teenagers. Why young people would need artificial companionship is one of the chilling questions that Ishiguro raises but postpones so naturally that the horror feels almost incidental.

When we meet Klara, she (it?) is on display in something like the Apple Store, an elegant retail shop catering to well-heeled parents. Older AFs such as Klara rotate with the latest models, competing for attention based on their specifications and social cachet.

Klara’s particular skill is empathetic observation. She sits in the store window like a teddy bear during the holiday, waiting for a young person to notice and take her home. 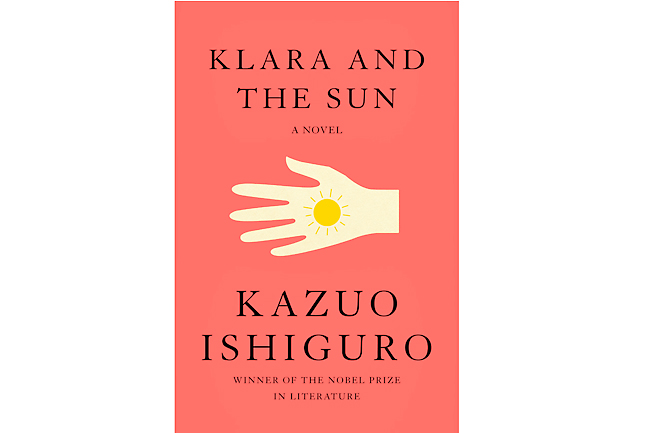 Powered by solar energy, Klara takes a keen interest in the sun. Its rays literally give her life, and she notices how daylight enlivens everyone outside the store, too.

It’s not such a leap for her to conclude that the sun is an omnipotent, often benevolent being capable of casting his invigorating light on whom he chooses. That faith, if you will, becomes the abiding premise of Klara’s life – and the haunting complication of this novel.

The story begins in earnest when Klara is purchased to be the companion for a bright but sickly teenager named Josie. She moves into an isolated country house and takes up her role as an attentive AF. The housekeeper treats her with suspicion bordering on disgust, but Klara’s programming doesn’t include resentment, and, in any case, she gets along well with Josie, and Josie’s mother seems particularly taken with her.

There’s a Jamesian quality to the searching, deliberate portrayal of life in Josie’s remote house. Like Klara, Ishiguro attends closely to the way apparently innocuous conversations shift, the way joy drains from a frozen smile. This is a home recovering from grief and bracing for more.

Josie’s illness – like the life-threatening ailments in fairy tales – is never diagnosed, but it’s the source of the home’s ever-rising alarm. The possibility of her death ratchets up the pressure on Josie’s mother to pretend that nothing is wrong even while preparing for the next terrifying loss.

Klara, determined to help any way she can, is left to discern sensitivities she can sense but not entirely grasp. She may be an AF, but there is nothing artificial about her friendship.

“I knew my best course was to work harder than ever to be a good AF to Josie until the shadows receded,” Klara told us.

“At the same time, what was becoming clear to me was the extent to which humans, in their wish to escape loneliness, made maneuvers that were very complex and hard to fathom.”

Beyond the dark enchantment of this peaceful house, Ishiguro suggests a world radically transformed. Another author would have been eager to elaborate on the dystopian features of the not-too-distant era, but Ishiguro always implies, never details.

One reads Ishiguro in a defensive crouch, afraid to have our worst suspicions confirmed. We’re left to intuit that the economy has been revolutionised, hollowing out the middle class.

Odd new social practices have arisen, too, such as “interaction meetings” in which teenagers gather at one another’s houses to practice getting along. For readers still social distancing while their children endure remote learning, this is unnervingly close to the bone.

But the most unsettling reference in Klara and the Sun concerns a process called “lifting”. It’s some kind of genetic enhancement – rarely fatal – that has created a superclass of young people, completely altering adolescence, college admissions and employment possibilities.

Creepy as this is, it’s not so far off from current genetic research, and it certainly comports with the desires of frantic parents who will stop at nothing to promote their darlings. That’s the real power of this novel: Ishiguro’s ability to embrace a whole web of moral concerns about how we navigate technological advancements, environmental degradation and economic challenges even while dealing with the unalterable fact that we still die.

Telling this story from Klara’s algorithmic point of view is a perilous choice, even for an author used to risky narrative maneuvers. With her childlike intensity, Klara evinces a kind of devotion that could sound pre-programmed, like listening to the reassuring voice of an automatic telephone operator for 300 pages. But Ishiguro has perfectly calibrated Klara’s uncanny tone, with a personality just warm enough and alien enough to feel like the AF we all need.

Seeing her construct her own theodicy from the simple process of observing and reasoning is like watching the passage of two thousand years over a few months.

Of course, tales of sensitive robots determined to help us survive our self-destructive impulses are not unknown in the canon of science fiction.

But Ishiguro brings to this poignant subgenre a uniquely elegant style and flawless control of dramatic pacing. In his telling, Klara’s self-abnegation feels both ennobling and tragic.