In honour of Queen Elizabeth II

Gastroenterology specialist at Raja Isteri Pengiran Anak Saleha (RIPAS) Hospital Dato Dr Alexander who signed the condolence book, said, “Queen Elizabeth II was a monarch who could rule and implement democracy in most nations, which is commendable in this era.

She was loved by people around the world, regardless of race and religion. Her passing is a great loss to the world.”

Meanwhile Supna Rania Karwanamurthi, who travelled from the Belait District to pen a personal message of condolence said, “I remember Queen Elizabeth II championing the development of women in all fields. We could see women being inspired by Queen Elizabeth II and worked to develop themselves in their respective fields.

“We were shocked to find out that Queen Elizabeth II passed away. It was a heart breaking news.”

The British High Commission has opened its door until September 17 to the public wishing to pen messages of condolence from 10am to noon at its premises.

The public can also pay their respects at www.royal.uk by leaving condolence messages on the site. 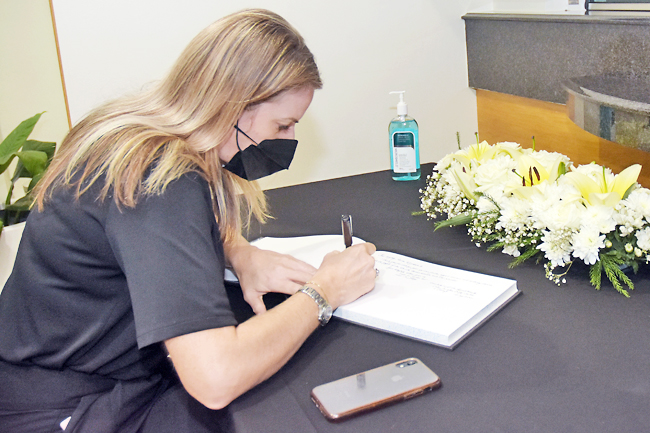