Basketball is widely considered as one of the popular team sports in Brunei Darussalam, as is notably evident with the several local tournaments and enthusiasts frequenting indoor and outdoor courts for a casual game.

The country fuelled further interest shown by a huge following in American league franchise National Basketball Association (NBA) with the current crop of players looking up to legends of the game such as Michael Jordan, the late Kobe Bryant, and more recently Stephen Curry and Lebron James.

To preserve the legacy and popularity of the sport, particularly among the youth, the Brunei Basketball Association (BBA) – the national governing body for basketball – is stepping up its efforts to promote youth development.

This will help absorb players into the national team to represent the country in the international scene such as in the FIBA (International Basketball Federation) qualifiers.

Over the years, the BBA has filled their calendar with domestic tournaments to unearth and identify fresh and young talents that has the potential to lift the country’s standards.

In 2016, the current BBA hierarchy made their bid for positions in the executive committee with the intention to focus on youth and use the sport as a platform to develop local youth.

The executive committee came up with the idea to work with a community leader and approached Ong Tiong Oh, sowing the seeds for the launch of the Low San Basketball Tournament. 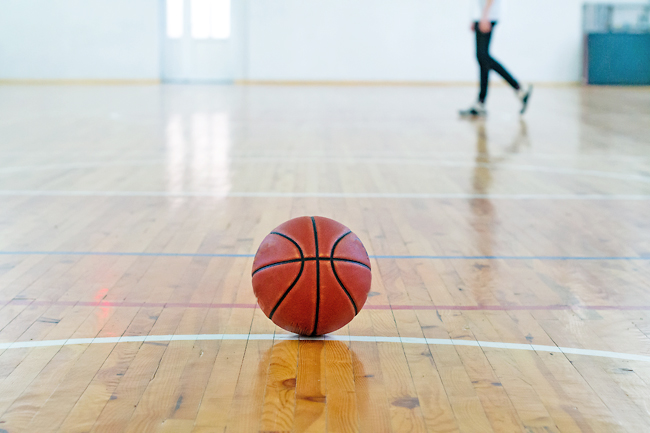 In 2017, the outcome of the meeting saw the association share their vision and gain Oh’s approval, thus leading to the establishment of the inaugural Low San Cup / Low San Basketball Tournament in the same year.

The tournament remains central to the association’s focus of putting youth in their best interest.

BBA Deputy President Lim Boon Teck said, “Our reward for working in community organisation is never monetary. It is the joy of children who made their first basket, the pride when young leaders that we nurtured receive overseas recognition.

“The exhilaration when our national team won a game in the FIBA World Cup qualifying; the cheers of the spectators and players during a hard-fought game… It is these intangible moments that made the hard work and frustration seem worthwhile,” he continued.

“And these intangible moments are the reasons that fuelled initiatives such as the Low San Basketball Tournament.”

It has been six years since the journey first started and the recent edition marked the revival of the popular meet after a three-year hiatus as the country was impacted by the COVID-19 pandemic.

The tournament initially attracted the participation of 28 teams involving approximately 330 players, easily making it one of the biggest tournaments in the country.

In the past, the Low San Shield Basketball Tournament was held in 1959, before it was brought back to great success.

The tournament, which is usually a season-ending event, has also been described as symbolising great qualities such as promoting a healthy lifestyle, teamwork and perseverance.

As seen in recent editions, the energy brought upon by the supporters also rubbed on the players especially during critical moments of games, regardless of whether it was a preliminary game or a knockout match.

Thus, this demonstrates the sponsors’ and organisers’ aspirations of building excitement in the community and encouraging the people to embrace the spirit of the game by showcasing their support to the competing teams.

After a three-year pause, with the BBA having received queries about whether the Low San Basketball Tournament would be brought back, the tournament resumed amid high demand.

The selection of new teams this year will also pave the way for a new exciting talent who could follow in the footsteps of the tournament’s success stories, such as Hung Ing Wai and Esmond Tan observed during past finals.

Looking back at the history of winners in the competition, Juramas lifted the inaugural title during the year of its inception followed by Fitness Zone a year later.

With 2019 champions OSP not defending the title, the tournament will crown a new champion this year, while that year’s runners-up Fitness Zone-Juramas are also absent.