In ‘Florida Woman’, wild animals aren’t as unpredictable as the humans

THE WASHINGTON POST – A savvy reader comes to any ‘Florida Man’ story armed with certain expectations. There will be wacky, tacky characters, primordial wildlife at close range and run-ins with the law. Deb Rogers’s debut novel, Florida Woman, is no exception to these rules.

It starts with a requisitely strange and solid premise: Hapless 20-something Jamie Hawthorne makes headlines while committing a petty crime at work. In lieu of jail time, Jamie pounces on the opportunity to serve out her sentence volunteering at Atlas, an exotic animal sanctuary in the Ocala National Forest, “a primitive stretch of land that had been avoided by indigenous farmers and settlers alike, shunned by thieves and developers, skipped over by Flagler and Disney”. There, she hopes to find purpose and connection with her co-workers: clothing-optional, outlandishly spiritual Sari, Atlas’ owner and director; mercurial Dagmar, veterinarian to the sanctuary’s rescued macaques; and sweet Tierra, the compound’s sprout-nurturing, nature-worshiping chef.

With no particular assignment at first, Jamie drifts through her days, observing the strange behaviours of animals and humans alike. Though the women welcome her effusively and seem only to want her to feel cared for, Jamie feels excluded from their inner circle. She yearns desperately to be a part of their hushed conversations, their inconsistent standards, their suspiciously secretive “rituals”.

Obviously something more is going on here. Through a first-person narrative, Jamie observes all the clues that should ring her alarm bells – they certainly make the reader wary – but time and again she talks herself out of her instincts. One night, Jamie secretly witnesses an unsettling ceremony that flouts all the compound’s rules, but the next morning, “the whole thing seemed too confusing to discuss, and I wanted to chase it out of my mind”. After seeing something even more bizarre, Jamie is aware that “something primal in me, deep in my marrow, told me to run away”. But just moments later, “another impulse, green and searching like a vine’s tendril, told me that I had been invited to stay, that I could choose to stay”. 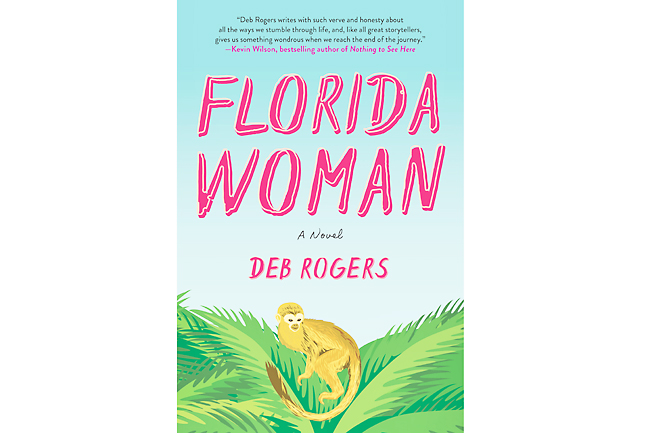 After a while, the accumulating evidence that Jamie willfully ignores becomes tedious. It puts the reader so far ahead of the story that Jamie seems determinedly dim rather than what she is: a victim stuck in a cycle of abuse and emotional withholding. Telling the story of how a person gets caught up in such a situation is worthy, but we don’t get enough of a sense of Jamie’s emotional character to understand why she behaves this way. Throughout the book, Jamie remains a mostly blank slate manoeuvred around to serve the plot. “I had no idea what I was supposed to do when … Sari said cryptic things or performed spontaneous rituals like this, other than play along and hope eventually it would resonate.” Jamie’s playing along is often the only thing driving the story forward, which wilts its momentum like a crisp shirt on a hot day.

Florida Woman’s greatest strength is its sense of place. Rogers has an equal grasp of sun-baked life on the sandy coasts and the humid wilderness of the interior.

“No photo could have prepared me for the swarming mosquitoes,” she writes, “or the way the thorny greenbrier vines and cabbage palm seedlings would rustle and rattle ahead of my footsteps as unseen creatures fled their cover”.

Rogers’ affection for Atlas’ animals is also clear. Jamie admires one monkey’s cheeks, “so pink they looked like blush had been applied by a senior citizen in the low light of the bingo hall bathroom”. Each evening, she indulges in friendly conversation with the macaques “as the sun melted like a bowl of raspberry and orange sherbet”.

As Jamie’s summer drags onward, events at the sanctuary come to a head and she’s pushed into the novel’s climax. Jamie’s transformation is so longed-for that it can only feel cathartic, and the story’s conclusion is efficiently set up and threaded together for an ending that’s well-plotted and satisfying, although not exactly plausible or surprising.

I had high hopes for Florida Woman because, well, I am one. Although Rogers finds some tenderhearted balance between the weirdness and wonder of my home state, the promise of this backwoods mystery falls flat in the hands of a flimsy protagonist