THE WASHINGTON POST – A controlling father imposed his warped definition of female nature on his daughters in Sophie Mackintosh’s first book, The Water Cure, longlisted for the Booker Prize in 2018, and constraints on women’s behaviour continue to be a theme in her new novel, Blue Ticket.

This time, the restrictions are society-wide, in an unspecified nation where girls who have reached puberty draw tickets in a lottery to determine their future. The details about what this means emerge slowly in Mackintosh’s elliptical text, after 14-year-old Calla pulled a blue ticket from the machine.

“You have been spared,” a doctor told Calla and the other blue ticket recipients as the single white-ticket girl is escorted into a separate room by an “emissary”. The blue ticket means Calla will never have children. “I was glad,” she said.

She feels differently 18 years later. The world of “independence” her blue ticket promised has mostly involved a lot of violent. Her most meaningful relationship is with Doctor A, who monitors her physical and emotional condition and wrote a lot of prescriptions. Doctors seem to have a great deal of control over the woman they supervise, but Mackintosh keeps the details vague, intensifying the mood of generalised dread.

That mood urged Calla to have a baby. But the author showed us, Calla did not necessarily want a baby; it’s an answer. “I was not motherly.” She wants to know, “What made a mother? What was the thing I was lacking?” The answer to that question, near the end of Calla’s odyssey, provides the novel’s most brutal moment. And this is a brutal society; Calla has known that since she got her blue ticket, a bottle of water, a compass and a sandwich and was told to go “to the place of your choice”. When an emissary arrived at her door three days after her pregnancy has been discovered, she thought, “At least they gave me a tent this time.” As Calla flees shadowy pursuers, we learnt from her memories that the blue ticket entered girls in a struggle for survival; they had to reach their destination alive to claim the ticket’s alleged rewards, and not every girl made it.

Without delving into specifics, Mackintosh created a hostile environment that deformed all relationships. Calla joined up with several other pregnant women heading for “the border”, but they don’t entirely trust one another, and the novel’s grim denouement showed they had reason not to. The revelation that one of their band, Marisol, had been a doctor before she got pregnant makes it clear that this is not a simple tale of men oppressing women. Blue Ticket is about what happens to human beings when their ability to choose is denied. When Calla is finally offered a choice, it’s a terrible one, and Mackintosh gave her only the smallest modicum of hope to lessen its bleakness.

Written in cool, clinical prose parcelled out in short paragraphs separated by lots of white space, Blue Ticket does not aim to stir our emotions, even though it deals with emotionally fraught material.

Mackintosh traffics in ambivalence and ambiguity, suitable tools for charting Calla’s hesitant progress toward, if not self-knowledge, at least knowledge of what she is looking for. 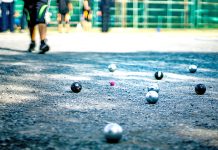 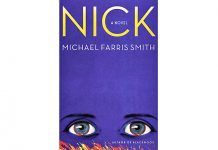 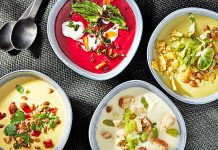