THE WASHINGTON POST – The publisher has labelled Emily Layden’s debut Prep meets My Dark Vanessa, and for readers who love a juicy boarding school drama, that’s enough. We’re in.

The boarding school aspect of All Girls is vividly rendered. Layden, who taught at several such places in her 20s, conveys the geography and architecture of the fictional Atwater campus, its routines and rituals from Fall Fest to Senior Smoke, its stratified social hierarchy.

The trouble comes in the “juicy” department. Despite the fact that it deals with secrets and scandal, All Girls is surprisingly dry.

The author’s impulse seems more sociological than novelistic; more than a story to tell, she has a point to make.

The narrative revolves around a rape that happened 20 years before the novel opens in 2015, shortly before the #MeToo movement would have made this a different story altogether. 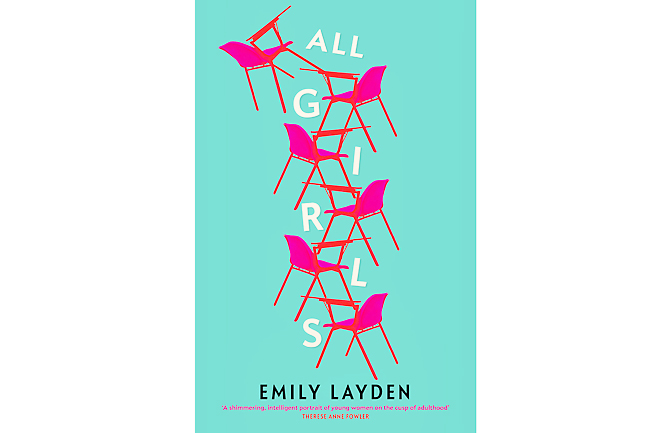 Freshman Lauren Triplett is on her way to Atwater with her mom when they notice a series of signs on the side of the road – an image of an iconic campus tower beside the words ‘A RAPIST WORKS HERE’. This is the first of a yearlong series of acts meant to draw attention to not just the crime in the past but ongoing issues in the present.

One thing Prep and My Dark Vanessa have in common is the way they immerse the reader in the intense interior life of their main character.

But Layden goes in another direction, and her decision to move to a different character’s perspective in every chapter frustrates the reader’s ability to commit to the story. Lauren, whom we’re just getting to know, is seen only in a couple of flashes after the first chapter.

Chapter 2 focusses on Macy, a runner with an eating disorder; Chapter 3, Louisa, the editor of the Daily Heron, planning coverage of the cover-up; by the time we get to Chloe, in Chapter 4, being forced to wear a unicorn onesie for a traditional freshman initiation ritual, it’s getting difficult to remember who’s who.

And that’s before the all-inclusive parade of characters that follows: the scholarship girl, the legacy, the ex-ballet dancer, the daughter of Chinese immigrants, and the granddaughter of Indian immigrants.

In between each pair of chapters, there’s a document – an e-mail from the head of school, an article from the local paper, the report of a consultant hired to assess Atwater’s response to misconduct allegations, a message from the board, etc.

Several of the most important plot points are revealed in these bureaucratic artefacts, which has a cooling effect of its own, though the mystery remains unsolved, and intriguing, until the end.

It seems unlikely that anyone will miss the point of All Girls, but just in case, graduating senior Mia Tavoletti states it outright in the final pages.

“We’ve been living inside the section of the Venn diagram where a culture that protects men overlaps with one obsessed with prestige and status and reputation,” she told her freshman friend Bryce Engel.

And years later, Bryce will “look back on this moment and realise that the Venn diagram Mia described had a third circle overlapping the other two: the portion of a culture that takes and takes and takes from girls, all the while refusing to recognise them as whole people”.

Layden sets a perfect table, and she makes a stirring dinner speech, but this reader left the dining hall still hungry.