THE WASHINGTON POST – I met my husband two decades ago when I was still in law school, and, to my parents’ shock, accepted his proposal a mere few weeks later.

I know I’m lucky – and not just because that swift decision turned out to be a long-lasting one.

I’m also lucky because, having found a great partner, my chances of a long and healthy life went up considerably – a boost that no amount of kale or goji berries could have given me.

Modern research has shown that a committed romantic relationship is linked to 49 per cent lower mortality risk (which roughly means that within the follow-up period of a particular study certain people were less likely to die than they would otherwise be expected to).

“The magnitude of the effects of marital happiness on health are comparable to those found for dietary recommendations like consumption of fruit and vegetables,” said Janice Kiecolt-Glaser, a psychologist and director of Ohio State University’s Institute for Behavioural Medicine Research. 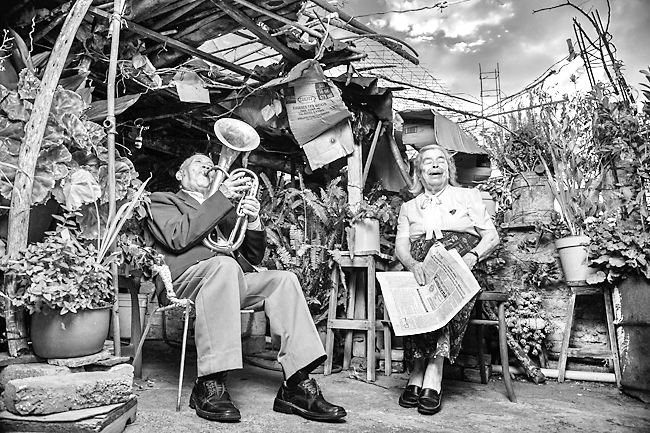 Research suggests that a happy romantic relationship may lower the risks of getting Alzheimer’s disease, developing diabetes, dying after heart bypass surgery, even suffering pain and fatigue from breast cancer treatment.

An analysis of marital status and longevity of 280,000 people 45 and older found that women who have never married have a 60 per cent higher risk of dying of cardiovascular disease than their married counterparts; for men, it’s 32 per cent.

“Being married is associated with lower rates of depression, and depression is a notable risk factor for cardiovascular disease because it’s related to poorer heart function, as well as unhealthy behaviours – poorer diets, disturbed sleep, more alcohol use and smoking, and less exercise,” Kiecolt-Glaser said.

In a potentially relevant pandemic twist, one study found that people in happy, romantic relationships seem to get better protection from flu vaccines, producing higher antibody levels after the shot.

Of course, it’s too early to say how that might apply to coronavirus shots, but some experts say it’s possible.

“We know that vaccines produce better responses in people who are socially connected,” said Steve Cole, a neuroscientist at the University of California at Los Angeles’ School of Medicine who researches the ties between our social world and our immune systems.

“So relationships and community are more important than ever now as we try to vaccinate our way past the COVID pandemic,” he said in an email.

Part of the explanation for why married people may live longer is a preselection bias – healthier people are more likely to get married in the first place.

Another is what may be called the “nag factor” – spouses encouraging each other to eat healthier, exercise more, stop smoking.

Yet when scientists control for preselection into marriage and for health behaviours, the effects of romantic relationships on physical well-being still persist.

This raises interesting questions about how loving relationships affect our biology.

Kiecolt-Glaser’s research, for instance, suggests a loving relationship may reduce chronic inflammation in the body.

“We care about inflammation because it is linked to so many diseases and disorders, including cardiovascular disease, diabetes, osteoporosis, arthritis, Alzheimer’s disease and functional decline – and that is only the short list,” she said.

Kiecolt-Glaser’s studies indicate that romantic love may reduce inflammation by lowering the levels of stress we perceive in our daily lives.

A long-term loving relationship may also possibly affect health through hormones, such as the stress hormone cortisol and social hormones such as oxytocin and vasopressin.

In one small experiment, scientists created small blister wounds on the arms of 74 husbands and wives, then invited the couples to discuss important personal topics in front of a camera, while also monitoring their levels of oxytocin and vasopressin.

The researchers discovered that those who communicated in the most supportive way, using, for example, acceptance, self-disclosure and humour, had the highest levels of the social hormones and saw their wounds heal the fastest over the next few days.

Oxytocin, often called the “love hormone” because its levels go up when we hug or have intimate contact, has several direct effects on health: It reduces stress, seems to have anti-inflammatory properties, reduces pain and helps bone growth, potentially reducing the risk of osteoporosis.

Research on new lovers shows that they have elevated levels of oxytocin compared with singles – and so do couples who are more affectionate toward each other. What’s more, supplementing oxytocin can give us a relationship boost. Research suggests, for instance, that spraying oxytocin into the nostrils of squabbling married couples may induce better communication.

I tried such a spray myself when researching my book, Growing Young: How Friendship, Optimism, and Kindness Can Help You Live to 100 – it did make me feel all loving for a while, but it could have been simply the placebo effect. (A word of warning: For now, such sprays are approved for use only in lab experiments, so don’t rush to buy them off the Internet.)

Luckily there are safer ways to improve both your relationship and health.

According to research done by John Gottman, marriage researcher at the University of Washington, one of the most important things for relationship quality is avoiding hostile behaviours, such as criticism, contempt, sarcasm or eye-rolling. The good news, Gottman says, is that most couples can be taught how to have a fight that is not full of hostile behaviours.

“Create shared humour during conflict, communicating affection and respect in a relationship, staying calm when you are disagreeing with your partner – that allows you to listen and communicate understanding,” he said.

Having fun together is also an important part of ongoing couple happiness, especially for people who have been together for some time, said John Malouff, a psychologist at the University of New England.

“Couples need not leave home to have fun,” he said. “During the pandemic, they can play new virtual reality games together. The key is to do something new that appeals to both individuals.”

Following Malouff’s advice, my husband and I picked up a “newlywed game” and quizzed each other on our favourite chocolate bars and most hated songs.

And I was surprised to discover that there were still things I didn’t know about my spouse of 19 years (such as that the cartoon character I remind him of most is Lisa Simpson).

We try to remember to do something new and fun, no matter how small, every weekend – even though sometimes it’s hard to find time.

“A pleasing relationship can be challenging to maintain over a long time, but the effort is worthwhile because the relationship is likely to have positive effects on mental and physical health,” Malouff said.