In a first, coin bearing zodiac found off Haifa’s coast

JERUSALEM (AP) – Israeli Antiquities Authority said on Monday it has discovered a rare 1,850-year-old bronze zodiac coin during an underwater survey off the coastal city of Haifa.

The coin bears the image of the zodiac sign Cancer behind a depiction of the moon deity Luna.

Experts said the coin was minted in Alexandria, Egypt, under the rule of the Roman Emperor Antoninus Pius, who ruled between the years 138-161CE. It is part of a series of 13 coins depicting the 12 zodiac signs and one of the entire zodiac wheel.

The antiquities authority said it was the first time such a coin has been found off the coast.

“These finds, which were lost at sea and disappeared from sight for hundreds and thousands of years, have been remarkably well preserved,” said director of the Antiquities Authority Maritime Archaeology Unit Jacob Sharvit. He said some of these discoveries are rare and complete “parts of the historical puzzle of the country’s past.” 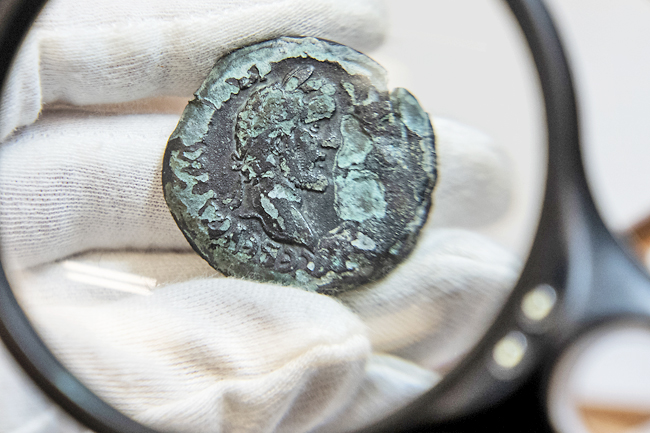 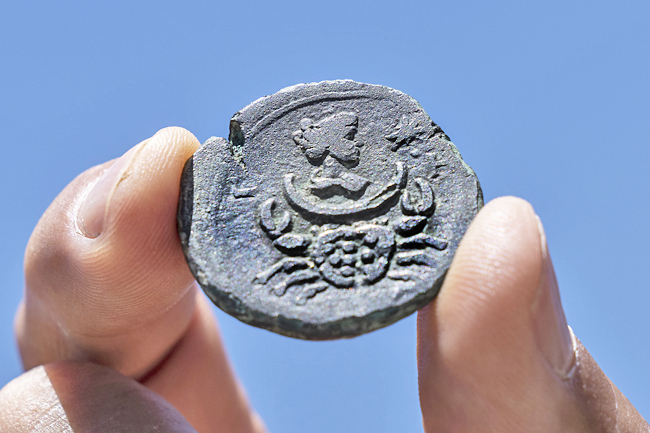