THE WASHINGTON POST – “Join me on a walk,” I said to my kids one afternoon. They sighed as if I had suggested they spend the day memorising the library’s card catalogue system. But their moods lightened once we were outdoors. My children, aged 10 and 12, skipped and meandered, stopping to collect wildflowers and laughing as our dog chased tiny frogs between puddles.

We’ve long recognised that playing outside is good for kids, just as I did that day.

‘Nature-deficit disorder’, a concept introduced by journalist and author Richard Louv in 2005, underscores the importance of access to green spaces. A growing number of studies indicate that exposure to nature benefits kids in different ways, such as by lowering stress and promoting better cognitive development.

There is no standard training or certification required to become an ecotherapist, but many practitioners are mental health professionals who have completed additional work in nature therapy. Ecotherapy is a broad term for a range of activities, such as caring for animals, tending to a garden or participating in a wilderness programme. Practitioners often incorporate ecotherapy into conventional talk therapy by holding sessions outdoors and letting nature serve as a co-therapist. 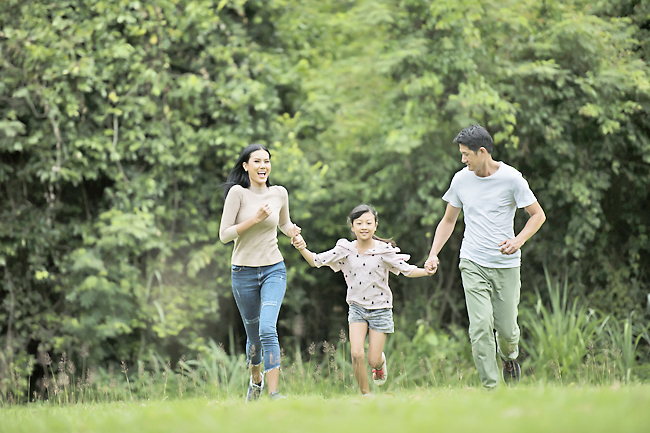 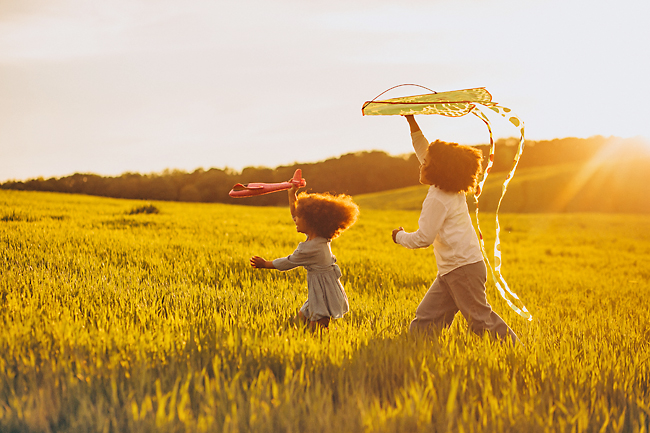 This flexibility in environment is a key benefit of ecotherapy, because in-office settings can feel intimidating – especially to kids. There’s a power differential between clinicians and clients, Lajiness said, so children attending therapy may feel as if “I’m the patient. There’s something wrong with me.”

By contrast, when sessions take place in a park or while strolling along a beach, “the setting is just so helpful to create a sense of comfort and openness”.

Lajiness said demand for mental health services is up this year in response to the pandemic, with the stress of online school and the curtailment of regular activities hitting tweens particularly hard. She has noticed a big uptick in anxiety and attention disorders among older elementary and younger middle school students.

Ecotherapy can help with these challenges. Exposure to nature tends to soothe and refresh overstimulated brains. While concrete tasks such as completing an assignment or writing an email require sustained, focussed concentration, actions such as looking at a flower or listening to a thunderstorm cause us to engage in something called “soft fascination”, Lajiness said. “There isn’t necessarily the structure or the demand on our attention in a way that’s draining.”

Ecotherapy activities often start out as human-centric – or Level 1 ecotherapy, according to a Santa Barbara, California ecotherapist, psychotherapist and co-editor of Ecotherapy: Healing with Nature in Mind Linda Buzzell. Examples include playing in a garden or petting a friendly animal. Ideally, “as we engage with the rest of nature, we also begin to get the message that we need to pay attention to the health of Mother Nature as well as our own,” Buzzell said. This helps us move to Level 2 ecotherapy, in which we actively care for nature, perhaps by tending to a garden with an eye toward sustainability.

After a summer of extreme weather fuelled by climate change, many kids are feeling anxiety and sadness about how the world is changing. Ecotherapy can help, both from a psychological and practical standpoint. “We have to prepare kids to live and survive and do well in a world that doesn’t even exist yet, but that is rapidly coming,” Buzzell said.

Buzzell cheered when I told her about my family’s attempts to grow tomatoes in our backyard. Learning simple survival skills, such as growing your own food, is an important aspect of ecotherapy, she said. “It gives kids a sense of empowerment.”

Interested in exploring ecotherapy with children? Here’s what experts suggest:

Identify your kids’ preferred connection to nature. Part of an ecotherapist’s job is learning how each person relates best to nature. “It’s not one-size-fits-all,” Buzzell said. Although some children love playing outdoors, others enjoy creating nature art or listening to the rain. My younger child isn’t a big fan of nature walks, but she loves turtles, so animals are her gateway to nature.

Green space may not be easily accessible where you live. But kids don’t need to be sitting in a forest to connect with nature. Activities such as tending to a houseplant or caring for a pet fish offer their own emotional regulation benefits, Lajiness said. Even a cut flower can offer a way to interact and observe nature.

SHOW KIDS HOW TECH CAN BRING THEM CLOSER TO NATURE

An ecotherapist based in Devon, England Vernon Hutter noticed how devices distracted kids from the natural world, so he encouraged his teenage daughter to use her smartphone mindfully by snapping photos of nature each day and sending them to him. Hutter recommends taking contrasting photos – first something big, such as clouds or a sunset, then something small, such as an insect. This intentionality helps foster awareness of the present moment.

Author of the forthcoming book Finding Ecohappiness: Fun Nature Activities to Help Your Kids Feel Happier and Calmer Sandi Schwartz suggested compassion meditation, in which children direct kind thoughts toward themselves and different aspects of nature. For those who struggle to sit quietly during traditional meditation, Lajiness likes to use the “5 senses” grounding technique, or “5-4-3-2-1”, where she asks kids to name five parts of nature they can see, four they can feel, three they can hear, two they can smell and one they can taste or that they’re grateful for.

USE METAPHORS TO HELP KIDS OPEN UP

Kids may find it easier to express feelings through nature metaphors, which tend to be visual and vivid, Schwartz said. Is your child feeling angry like a roaring lion? Powerful like a soaring eagle? Ask your child how these animals change as their feelings ease or get stronger. Or use seasons to describe emotions. “For example, we can talk about feeling cold and dark like during wintertime,” Schwartz said.

If your children love pandas or turtles, for instance, they might consider donating part of their allowance to a charity that helps animals. After researching organisations that care for turtles, my daughter made a gift to the Monterey Bay Aquarium.

Ultimately, the goal of ecotherapy is to help us understand that humans and nature are not separate, but deeply interconnected – a realisation that can be both healing and motivating. As Hutter puts it: “We’re a part of nature, and not apart from nature.”