TOKYO (AP) — At age 46, the second-oldest skateboarder at the Tokyo Games is hoping to not have a heart attack and have mounds of fun. Should be no problem. Fun has been a life’s work for Dallas Oberholzer.

“I have never had a real job. I have never applied for a job,” he said. “My whole life has just been skateboarding. I am just hooked.”

Skateboarding’s young guns, with their endorsements and boards bearing their names, have bigger tricks and bigger Instagram followings than the grizzled South African with a salt-and-pepper beard. Oberholzer isn’t expecting to beat them when they go wheel-to-wheel this week in Tokyo’s huge purpose-built Olympic skate bowl.

But Oberholzer has big tales, woven from a nomadic existence on four squeaky polyurethane wheels. If skateboarding is the punk rock sport of the Games, disruptive and not taking itself too seriously, then Oberholzer is its Iggy Pop – raw, wild and worn, someone who can talk and talk and talk.

About, say, when he worked as a concert chauffeur, ferrying around Janet Jackson’s dancers. Or his 16-month road trip, from Canada all the way to Argentina, after he graduated from university with a degree in marketing that he quickly realised he had no use for. “Just a collection of experiences” is how he describes himself. Another description could be: A mascot for middle-aged people everywhere, flying the flag for Generation X against Gens Y and Z. 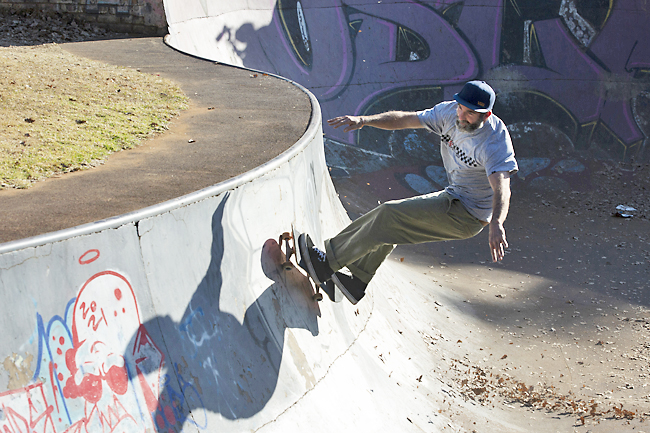 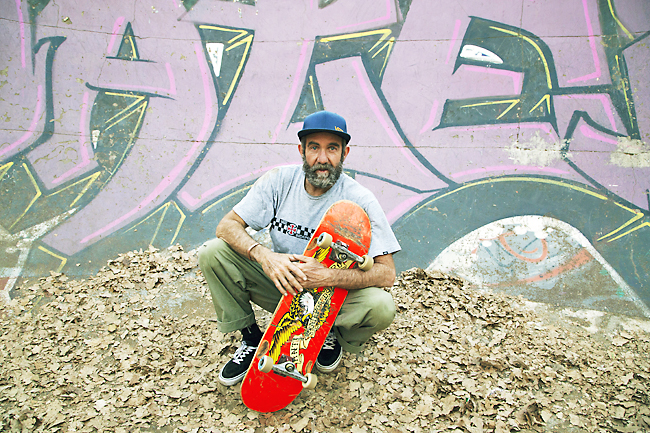 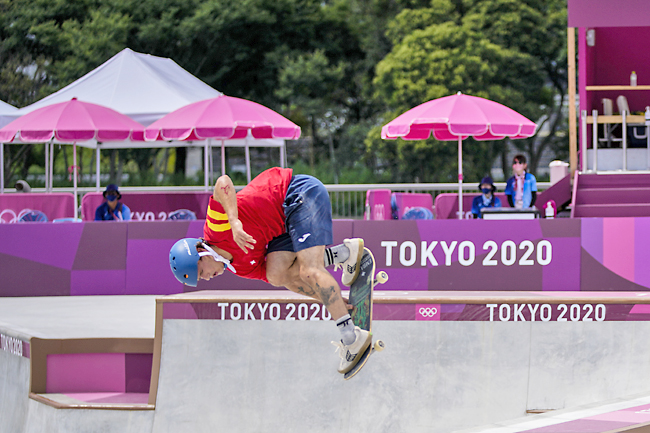 “It’s just unbelievably epic,” he adds. “It’s all expenses paid and it’s going to be the best course I would have ever skated in my life.”

Only Rune Glifberg, aka “the Danish Destroyer” and also 46, is older (by eight months) than Oberholzer among the 80 men and women competing in skateboarding’s Olympic debut in Tokyo.

In the men’s park competition on Thursday, Oberholzer and Glifberg – with their spiky shocks of grey-flecked hair – will face skaters less than half their age.

The women’s event on Wednesday has even younger skaters: Kokona Hiraki of Japan is just 12. In the women’s street event in Week One, three young teens – 13, 13 and 16 – won gold, silver and bronze. “I have got nothing to lose, nothing to prove. I know I am 46 and all I need to do is keep my cardio up so I can stay on my skateboard for 45 seconds,” Oberholzer said. “I’m going to be the one smiling, bro. I hope. Or I will be having a mild heart attack.”

Skating’s age range is remarkably broad for an Olympic event and testifies to the sport’s inclusivity.

In July, skating pioneer Tony Hawk competed at the X Games at age 53, and was beaten by a 12-year-old, Gui Khury. The sport’s coffee mug could read: “Skaters don’t grow old, they just get new wheels.”

“It’s not just a physical thing. It’s a lot to do with style and grace and just the way that you present yourself on the board.”

Whereas Gens Y and Z have had “how-to” videos on YouTube and Instagram to teach them tricks, Oberholzer and Glifberg had to find their own way.

Glifberg started right around the time that Back to the Future turned kids onto skating in 1985. For Oberholzer, it was a rented VHS copy of the 1986 movie Thrashin about skateboarding gangs, that “made all our eyeballs pop out”. Until then, his sport had been tennis. “I remember just thinking to myself, ‘I could play tennis and let the ball have all the fun or I could be the ball,’” he recalled.

Anti-apartheid leader Nelson Mandela was still in jail when Oberholzer started riding buses into central Johannesburg in search of places to skate. Schooled separately from Black children, it was on his board that Oberholzer first started to meet and mingle with Black peers who also skated.

“It really helped me get over my apartheid upbringing,” he said.

In turn, Oberholzer is giving back. He uses skateboarding to reach out to kids in tough neighboUrhoods, to keep them from drugs and gangs and help them develop skills. The Indigo Youth Movement he founded has built multiple skate parks and ramps.

But none of that has impressed his mum, Linda, quite like qualifying for the Olympics.

“My mom is finally happy with my life choices, bro. You know what a good feeling that is? It’s taken that long for my mom to acknowledge what I do with my life,” he said. “That’s probably the best thing I’m taking out of this, is that my mom finally goes, ‘Wow.’”