ANN/JAPAN NEWS – Implanting a microchip in pet dogs and cats and registering the owner’s contact information became mandatory under the revised Law on Welfare and Management of Animals in Japan.

Breeders and pet shops will be required to implant a microchip in dogs and cats before they are sold. The aim of the new regulation is to prevent owners from easily abandoning their pets, help owners reunite with lost pets and reduce the number of stray animals put down.

“Implanting a microchip in pets encourages the owners to have the determination and responsibility to take care of their pets throughout their life,” said an official of P’s-first Co, a major pet shop operator in Tokyo. “Most of our customers understand the importance of implanting a microchip.”

Since 2006, the company has voluntarily had chips implanted in all dogs and cats it sells.

A microchip for dogs and cats is cylindrical and about two millimetres in diameter and one centimetre long. It is inserted with a syringe in such areas as the back of the animal’s neck.

The chip records a 15-digit identification number, which is tagged to the owner’s name, address, telephone number and other information registered in a database operated by a private entity. If pet dogs and cats are found on the street or other locations, their owners will be contacted based on the information contained in the chips.

According to the Japan Veterinary Medical Association, which has promoted the use of such chips, a syringe with a thick needle is used for implanting the chips, but the pain is about the same as that involving an ordinary syringe. 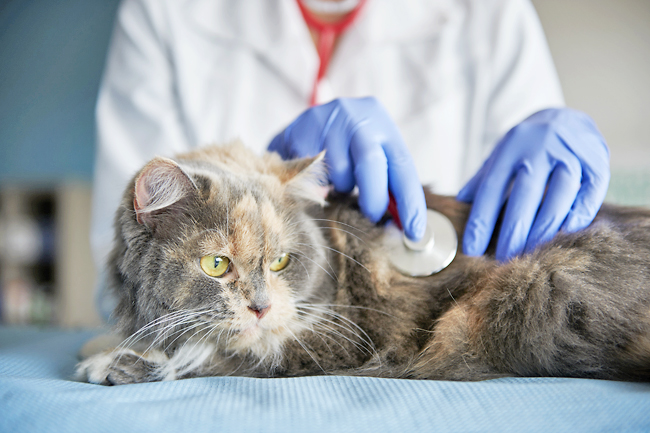 The association also said few side effects have been reported.

After the revision to the law goes into effect last June, breeders and businesses will be required to implant microchips in the dogs and cats they sell.

They will be obliged to register an animal’s name, gender, breed, coat colour and the name of their business entity in a national database.

Owners who purchase the animals will also be required to register their name, address, phone number and other information.

The revised law will call for owners who have taken possession of dogs or cats from individuals or who already own such an animal to make efforts to implant a microchip in their pets.

According to the Tokyo-based Japan Pet Food Association, the number of pet dogs and cats is estimated to be 16.05 million. The number of newly-owned dogs last year was 400,000, and the figure for cats was 490,000.

Pet owners have varying opinions of the microchips.

“I regret not having had a chip implanted in my dog,” said a 61-year-old woman from Kimitsu, Chiba Prefecture. Two years ago, when she was visiting relatives in the prefecture, her Shiba Inu dog went missing after the leash came loose.

The woman searched for her dog and asked for information about its whereabouts on the Internet, but she has found no clues.

Before her dog disappeared, a veterinarian had recommended the dog have a microchip implanted. However, she rejected the idea, saying, “It’s alright, because my dog is old. I don’t want other owners to experience such hardship. I urge them to have a chip implanted,” she added.

In contrast, a 58-year-old company employee is reluctant to microchip her pets. “I don’t want my beloved dogs to feel any pain,” she said when walking her two poodles at a park in Shibuya Ward, Tokyo.

According to an online survey conducted by the Tokyo-based Nihon Trend Research from December to January, out of 340 owners of dogs or cats who had not implanted a microchip in their pets, 56 per cent of them were not in favour of inserting a chip into their pets.

Only 18 per cent of the respondents wanted to implant a microchip into their pets, while 27 per cent were undecided.

As to why they did not want to get a chip for their pets, many respondents said, “I feel bad for them,” or “It’s unethical to implant chips in living creatures.”

Making the microchip implantation obligatory is aimed at reducing the number of unowned animals being put down.

According to the Environment Ministry, about 72,400 dogs and cats were taken to a shelter by animal welfare centres and public health centres across the nation in fiscal 2020.

Of these, about 23,700 were not returned to their owners or taken possession of by new owners.

As a result, they were ultimately put down.

“As only a small percentage of the dogs and cats we’ve taken into protection are implanted with a microchip, there are not many cases in which the sheltered dogs and cats were returned to their owners,” said Chiba prefectural animal care centre Deputy Director Yasushi Yokoyama.

“We hope that making the microchips mandatory across the nation will raise the return rate and deter the abandonment of pets.”

Teikyo University of Science associate professor and an expert in animal welfare Yoshie Kakuma said that microchips could also be helpful in finding pets in case they are separated from their owners in major disasters.

Regarding the pain caused by the implantation and the safety of chips, she said, “The government needs to disclose data in order to dispel the concerns of pet owners.”