Immigration enforcement officers detained a foreign woman in Belait District yesterday for overstaying after her immigration pass expired, a violation of Section 15(1), Chapter 17 of the Immigration Act.

Her employer was ordered to report to the enforcement division. The Immigration and National Registration Department (INRD) reminded the public that action will be taken against any person who violates the law. Foreign citizens convicted of an offence will be imprisoned, deported with their names blacklisted.

An inspection of a tailoring shop and food stalls in Kampong Masin found three foreign workers committing offences under the Employment Order 2009. One foreign worker was found working with an employer other than the authorised employer.

If convicted, the original employer and current employer will face a BND600 fine for the first offence and BND900 for the second.

Two foreign workers were also found working in places not in line with the addresses allowed.

If convicted, the employer may face a BND600 compound fine for the first offence and BND900 for the second. 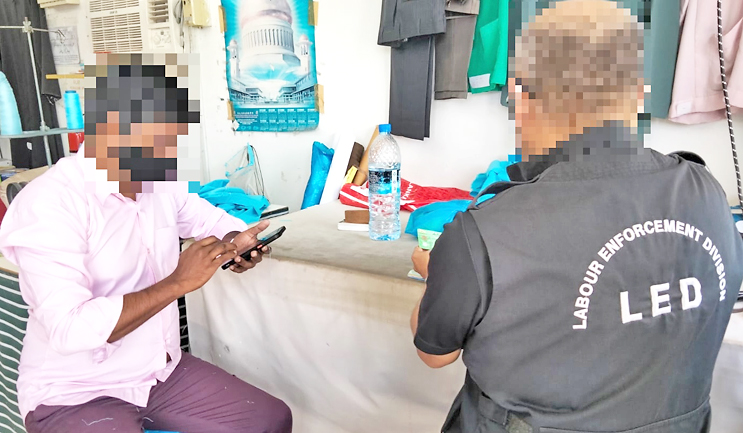