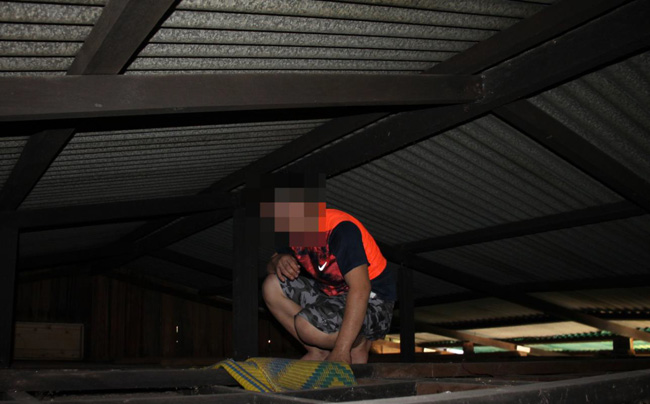 Immigration officers detained a foreign male worker found hiding in the ceiling during a raid at a residential area in Tutong District recently.

According to the Immigration and National Registration Department (INRD), the man was found to be a runaway worker and was unable to produce any valid travel documentation.

He was brought to the immigration office for further investigation.