Islam encourages the Ummah to uphold the ties of kinship, and avoid acts that can sever ties such as quarrel, misunderstanding, dispute pertaining to property ownership, debt, incitement, and slander, Imams said during yesterday’s Friday sermon.

Quarrelling could lead to the breaking of ties with individuals blaming each other, losing their temper, being closed-minded, not wanting to seek forgiveness, and even to an extent of committing syirik (to associate others with Allah the Almighty or to believe that someone or something else can do).

Imams added strengthening kinship is obligatory while severing it is haram or forbidden.

“There are several ways we can maintain kinship ties including visiting the sick and attending funerals, attending invitations, visiting each other, giving or answering Salam or greetings, and rendering assistance or helping physically or financially.

“And if there’s disagreement, it is best that we seek solution or reconciliation because all believers are brothers.”

Imams added that we can foster good ties by doing good deeds for others, assisting when needed, possess a decent attitude, giving advice and taking care of each others’ feeling. “Islam urges the Ummah to maintain kinship for the sake of Allah the Almighty, because breaking such ties posesses a greater risk, not only in the world but also in the days of hereafter.

A dispute can last for a long time if there is no intervention to settle it. Hence one should tackle family dispute rationally and strengthen broken ties as well as repent, Imams added. 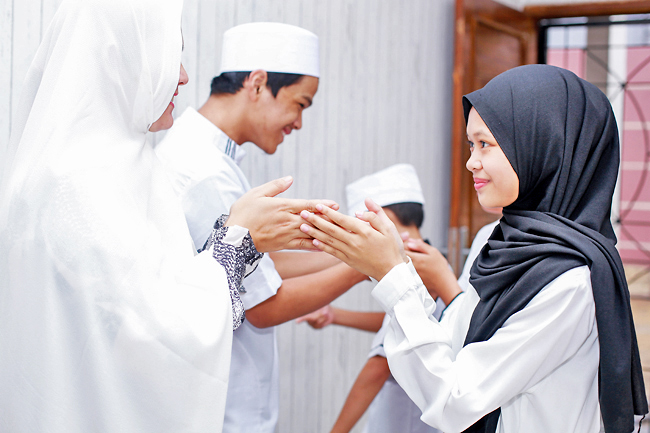