If you look good, does wearing the same thing really matter?

CNA – The Arnault men may have a point. Bernard Arnault, one of the four or five richest men in the world and leader of a luxury empire, appears to wear the same thing whenever he leaves the house. Dark suit, almost always navy, white shirt, dark tie.

Sometimes, he shows his relaxed side by taking off the tie. At a tennis match, he might go really wild and take the jacket off, too.

His sons Antoine, Frédéric, Jean and Alexandre, who also work across the LVMH group, usually conform to the patriarch’s outfit as well, though occasionally they rebel with a dark shirt, or by wearing trainers.

That these men, who could wear anything and who must constantly mix with the world’s great tastemakers, keep to a strict style diet tells you something.

The standard reason provided for wearing the same thing every day is to preserve mental energy for other, more important decisions. Both former United States (US) president Barack Obama, with his identical dark suits, and Mark Zuckerberg in his jeans and grey T-shirt, have made this point. 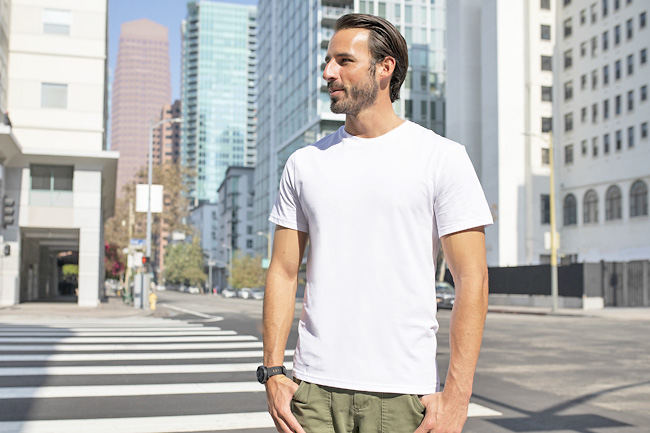 And fair enough. Most men simply are not interested in clothes. Given the option, a lot of men I know would wear what they learnt to wear as adolescents, but will grudgingly upgrade to fit in professionally or to show how rich they are. For them, what to wear is a problem to be solved, preferably by someone else, in a minimal amount of time.

Picking and sticking with a personal uniform makes sense for reasons beyond indifference and simplicity, though. Consider first Jean-Michel Frank, the great Parisian interior designer of the 1920s and ’30s, a man who made incredible aesthetic demands – total simplicity combined with sumptuous materials. He always wore the same double-breasted, soft-shouldered grey flannel suit. He was reputed to own 40 of them.

Ludwig Wittgenstein, whose philosophical obsessions had a distinctly aesthetic character, was a uniform man, too. His student Norman Malcolm reported that he always wore light flannel trousers, an open flannel shirt, the same rough jacket, and carefully polished shoes.

In his excellent book The Sartorialist: Man, published by Rizzoli, the style photographer Scott Schuman praises the uniform, using the example of Noboru Kakuta (a somewhat mysterious fashion world figure – there are lots of pictures of him around, but it’s not clear what he does). His clothes are neatly tailored, classic, and always in shades of blue and grey, sometimes with a white shirt or pocket handkerchief. He prefers brown suede shoes.

The fabrics are soft and textured. He looks fantastic.

Giorgio Armani is another example: When not in a suit, it’s very dark trousers with an equally dark T-shirt or sweater, a uniform he seems to default to more as he grows older.

Other designers, from Joseph Altuzarra to Paul Smith, depend on quite standardised formulas, as well.

For these stylish men, it’s clearly not about saving energy. It’s about finding something that works perfectly, and sticking with it. Here’s the secret: If you look good, repetitiveness doesn’t really matter. People will always notice if your suit fits perfectly; they will never notice if it’s the same suit you wore yesterday (unless, of course, they are a style columnist).

There is a reason the Arnaults go with the navy suit and the white shirt. Paired with black shoes, it’s the most flattering, versatile uniform there is. It can be more or less casual depending on the presence of a tie, and you can always dump the jacket. It works at night.

Stains don’t show. It is thinning and has eight pockets. But, as a person who has worn out more blue suits than I can count, I must admit that it is the teensiest bit dull.

I’m not a strict uniform man myself, but my default is grey trousers, dark brogues, and some kind of tweed jacket.

This works fine in the US. In the United Kingdom, people generally assume that if you wear tweed you are either off to shoot some poor bird, or are a twit. But I like to wear something with a pattern on it, and the tie is on its way out.