HAMDAYET, SUDAN (AP) — One survivor arrived on broken legs, others on the run.

In this fragile refugee community on the edge of Ethiopia’s Tigray conflict, those who fled nearly two months of deadly fighting continue to bring new accounts of horror.

At a simple clinic in Sudan, doctor-turned-refugee Tewodros Tefera examines the wounds of war: Children injured in explosions. Gashes from axes and knives. Broken ribs from beatings.

Feet scraped raw from days of hiking to safety.

On a recent day, he treated the shattered legs of fellow refugee Guesh Tesla, a recent arrival.

The 54-year-old carpenter came bearing news of some 250 young men abducted to an unknown fate from a single village, Adi Aser, into neighbouring Eritrea by Eritrean forces, whose involvement Ethiopia denies. Then in late November, near his hometown of Rawyan, he said Ethiopian soldiers beat him and took him to the border town of Humera.

There, he said, he was taken to a courthouse he said had been turned into a “slaughterhouse” by militia from the neighbouring Amhara region. He said he heard the screams of men being killed, and managed to escape by crawling away at night.

“I would never go back,” Guesh said.

Such accounts remain impossible to verify as Tigray remains almost completely sealed off from the world more than 50 days since fighting began between Ethiopian forces, backed by regional militias, and those of the Tigray region that had dominated the country’s government for nearly three decades.

“I know the conflict caused unimaginable suffering,” Abiy wrote last week but argued that “the heavy cost we incurred as a nation was necessary” to hold the country together.

No one knows how many thousands of people have been killed in Tigray since the fighting began on November 4, but the United Nations (UN) noted reports of artillery strikes on populated areas, civilians being targetted and widespread looting. What happened “is as heartbreaking as it is appalling”, UN Human Rights Chief Michelle Bachelet said last week.

Now refugees are arriving from areas deeper inside Tigray amid reports that fighting continues in some locations. These newer arrivals have more severe trauma, the doctor Tewodros said, with signs of starvation and dehydration and some with gunshot wounds.

It is the accounts of refugees like Tewodros and Guesh, and civilians who remain in Tigray, that eventually will reveal the scope of abuses that often are carried out along ethnic lines.

“Everyone looks at you and points out the part of you that does not belong to them,” said Tewodros, who is of both Tigrayan and Amhara backgrounds.

Such differences have become deadly. Many ethnic Tigrayan refugees accused ethnic Amhara fighters of targetting them, while survivors of one massacre last month in the town of Mai-Kadra said Tigrayan fighters targetted Amhara. Other attacks followed.

Abrahaley Minasbo, a 22-year-old trained dancer, said Amhara militia members dragged him from his home in Mai-Kadra on November 9 and beat him in the street with a hammer, an axe, sticks and a machete, then left him for dead. Scars now slope across the right side of his face and neck. He was only treated six days later, by Tewodros in Sudan.

Another patient, 65-year-old farmer Gebremedhin Gebru, was shot while trying to run from Amhara militia members in his town of Ruwasa. He said he lay there for two days until a neighbour found him. People “will be hit if they are seen helping” the wounded, Gebremedhin said.

For Tewodros, the conflict has been one civilian casualty after another since shelling began in early November as he worked at a hospital in Humera. Some shelling came from the north, he said, the direction of nearby Eritrea.

Fifteen bodies arrived at the hospital that first day, and eight the next, he said. Then, as shelling continued, he and colleagues fled, transporting wounded patients on a tractor to the nearby community of Adebay. They abandoned that town when fighting intensified.

Tewodros and colleagues hid for two days in the forest, hearing gunfire and shouting, before walking for over 12 hours, hiding from military convoys, and crossing a river into Sudan.

There, he accepted a volunteer position with the Sudanese Red Crescent Society treating fellow refugees.

“Where we are now is extremely unsafe,” he said of the reception centre near the border, citing the Amhara fighters who approach the riverbank and threaten the refugees. The militias “are more dangerous than the Ethiopian national forces”, he said. “They are more insane and crazy.”

He does not know what lies ahead for his wife and two small children in Ethiopia’s capital, Addis Ababa. He has not seen them in 10 months, and the children always ask him when he can come home.

Guesh, a father of three, knows even less about what is to come. He left his wife and three children behind a month ago in Adi Aser village, where a farmer was giving them shelter. Now, like many refugees torn from their families, he does not know if they are alive or dead.

Every time he sees another new refugee arriving in Sudan, he holds out photos of his family, so emotional he can hardly speak. In this conflict that remains so much in the shadows, he now relies on strangers to know their fate. 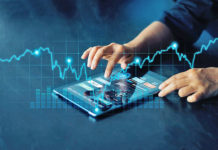 Economic recovery on the card 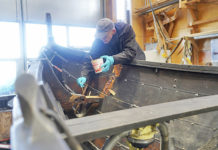 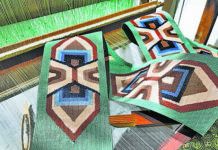 A delicate thread from history