LOS ANGELES (AP) — Paul George grew up rooting for the Los Angeles Clippers and he loves playing close to home.

He made it clear on Friday where he sees his NBA future, saying, “I want to retire a Clipper. This is where my heart is and I’m happy.”

George’s first season back home ended in disappointment, with the Clippers blowing a 3-1 lead against Denver and losing in the second round of the playoffs. He averaged 21.5 points and 5.7 rebounds during the abbreviated season.

George wasn’t able to train normally during the 2019 offseason or participate in his first training camp with the Clippers after shoulder surgeries. He missed the first 11 games of the season, too.

“I’m my toughest critic,” he said. “I know what’s not good, what’s unacceptable. Last year was an unacceptable year for me. I know that.”

George and teammate Kawhi Leonard can become free agents after the upcoming season. New Clippers coach Tyronn Lue said he expects both players to be with the team for a long time.

He also clarified comments he made earlier this week when he said the Clippers weren’t prepared enough against Denver and former coach Doc Rivers didn’t utilise his strengths in the series.

“I respect Doc. I think Doc is a good motivator and coach. It doesn’t mean I agree with everything that was done. They played harder than us and ultimately got past us.” 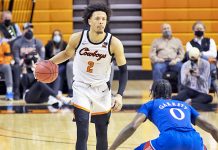 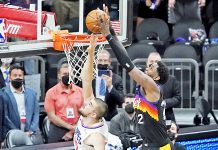