According to recent reports the forward was angry with the Ligue 1 club and wanted to leave in January but Mbappe said that he had not asked to be sold.

Real Madrid tried to sign the forward at the end of last season but he decided to sign a new contract with PSG instead.

“It’s not that it bores me – I don’t even read about it now,” Perez told radio station Cadena Ser early yesterday after the Ballon d’Or ceremony in Paris. 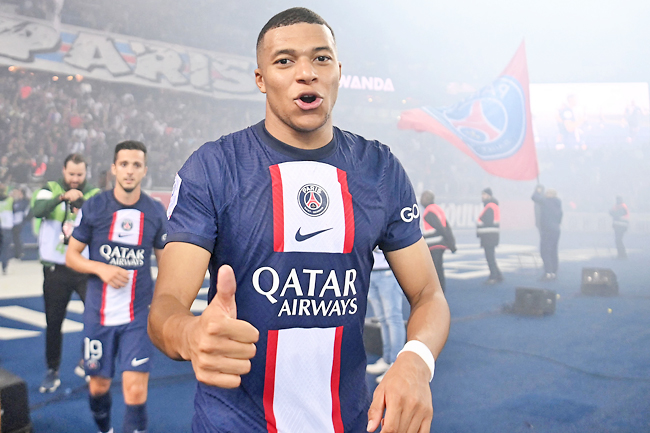 “You don’t know what can happen in the future, but the forwards at Real Madrid are progressing at a spectacular rate, year by year,” continued Perez.

“Rodrygo and Vinicius are two great players, young, they have their lives in front of them to prosper. Madrid are only focussed on the players that we have. And we love them.”

Madrid’s Thibaut Courtois won the Yashin Trophy for the best goalkeeper and finished seventh in the rankings, while midfielder Luka Modric was ninth, the pair having helped Los Blancos win La Liga and the Champions League last season.

Benzema, who scored 44 goals in 46 games, was heralded as the world’s best player.

“He’s been the best player for the last three or four years. He’s a number nine that’s a mix of Ronaldo Nazario and Zinedine Zidane. He does two jobs at once, pulling the strings in attack like Zidane and he shoots like Ronaldo did.”