HARARE, ZIMBABWE (AP) – Dozens of women holding babies rushed to take their places on wooden benches at a clinic in Zimbabwe while a nurse took a separate group of anxious mothers and their children through a back door and into another room. The nurse quickly closed the door behind them.

The women were all at the Mbare Polyclinic in Zimbabwe’s capital, Harare, to get their children vaccinated against measles amid a deadly outbreak in the southern African country.

But those who were taken to the back room were getting their children vaccinated in secret, and in defiance of religious doctrine that forbids them from using modern medicines.

“The advent of the measles outbreak saw children dying so they are now coming secretly and we are helping them,” said Lewis Foya, a nurse at the clinic.

More than 700 children have died from measles in Zimbabwe in an outbreak first reported in April.

Many were unvaccinated because of religious reasons, Information Minister Monica Mutsvangwa said.

The government has announced a vaccination drive but, as with COVID-19, some religious groups are stubbornly opposed to vaccines and have hindered the campaign. 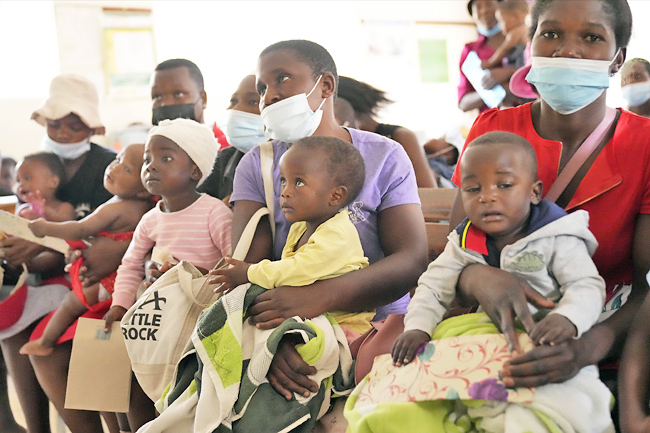 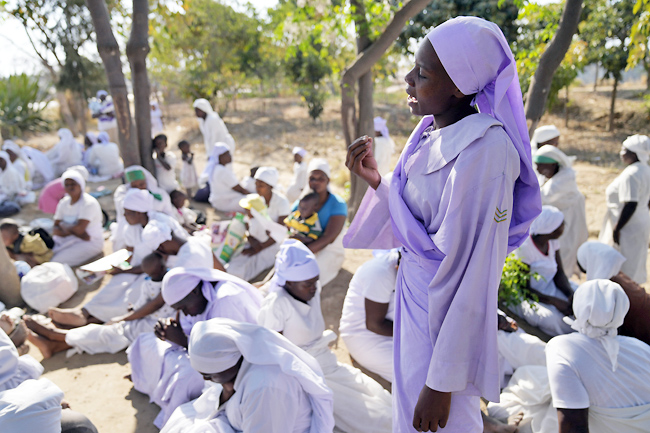 Apostolic groups that infuse traditional beliefs into a Pentecostal doctrine are among the most skeptical of modern medicine in Zimbabwe. Followers instead put their faith in prayer, holy water and other measures to ward off disease or cure illnesses.

“They have a belief that if they get vaccinated, they become unholy so that’s the doctrine that they pass down to the women,” said Foya.

He said the patriarchy in the church means women have “no power to openly say no” to instructions. Children are then in danger.

There has been little detailed research on Apostolic churches in Zimbabwe but studies by the United Nations (UN) children’s agency, UNICEF, estimate it is the largest denomination with around 2.5 million followers in a country of 15 million.

Some allow members to seek health care. Many are still resistant.

So to save their children, some mothers visit clinics in secret, sometimes under the cover of night and without their husbands knowing.

A group of Apostolic church members who are open to modern medicine have been trying to change church attitudes, but also advise women to go against church rules if it means helping their children.

“We encourage women to get their children vaccinated, maybe at night,” said Debra Mpofu, a member of the Apostolic Women Empowerment Trust.

“It’s really necessary for the women to protect their children so it’s important for them to just sneak out.”

The secrecy is necessary because members found to have visited health care centres are shamed and forbidden from taking part in church activities.

The World Health Organization (WHO) warned in April of an increase in measles in vulnerable countries due to COVID-19 disruptions, with more than 40 countries postponing or suspending their regular immunisation campaigns. In July, UNICEF said about 25 million children worldwide had missed out on routine immunisations against common childhood diseases, calling it a “red alert” for child health.

Globally, WHO and UNICEF reported a 79 per cent spike in measles in the first two months of 2022 alone and warned of the potential for large outbreaks. Children and pregnant women are most at risk of severe disease from measles, which is among the most infectious diseases and easily preventable with a vaccine.

More than 95 per cent of measles deaths occur in developing countries.

Zimbabwe’s outbreak was first reported in the eastern Manicaland province following church gatherings and has spread across the country. The government, with support from UNICEF, the WHO and other non-governmental organisations, has embarked on a vaccination campaign targetting millions of children.

At the Mbare clinic, one mother said people had learnt from the vaccine hesitancy prevalent during the COVID-19 pandemic.

“A lot of people were misinformed during that COVID-19 period because they were told that when you get vaccinated there will be after-effects,” said the mother, Winnet Musiyarira.

“So due to that a lot of people lost their lives and it was important for everybody to take that serious. So when I heard about measles I just said I have to take my kids to hospital and get them vaccinated.”

Musiyarira said she wasn’t a member of a religious group. Some women wearing matching white headscarves to indicate they are part of an Apostolic church and who were at the Mbare clinic to get their children vaccinated secretly declined to speak to The Associated Press for fear of reprisal from church leaders.

In a bushy area in the impoverished Epworth region outside Harare, Apostolic congregants wearing white robes gathered outdoors recently, as is their tradition, to worship. Some knelt before self-proclaimed prophets as a man scooped ashes from a fireplace and put them in plastic bag to take home to be used to heal illness.

It is one of many congregations that Mpofu’s Apostolic Women Empowerment Trust has approached. On this occasion, and after intense negotiations, Mpofu and her team were allowed to address the congregants and distribute vaccination fliers. The church leader, James Katsande, also agreed to allow his followers to take their children to clinics.

But there was a condition: They should approach the church’s prophets to be blessed before going to a clinic.