Hungry bugs to the rescue

KAYUNGA (AFP) – As fertiliser prices shot up following the invasion of Ukraine, Ugandan villager Peter Wakisi fretted for the future of his small farm and his young family.

Little did he know that the answer to his prayers would arrive in the form of bugs – specifically the black soldier fly, an insect introduced to the East African nation by scientists who see it as the solution to farmers’ woes.

Wakisi, 36, is one of over 1,200 villagers enrolled in a programme to grow and sell the larvae of the black soldier fly, or BSF, a tiny creature whose powerful stomach enzymes turn food waste into fertiliser.

The food digested and excreted by the larvae is used to nourish plants.

The benefits are plain to see, father-of-four Wakisi said, pointing to a row of black plastic containers – home to the young larvae he buys and raises before selling back to the scientists for a threefold profit.

“The manure from the waste generated by the BSF, mixed with organic waste and animal droppings, is safe to the soil and much cheaper compared to inorganic fertilisers whose prices increased due to the conflict in Ukraine,” Wakisi said. 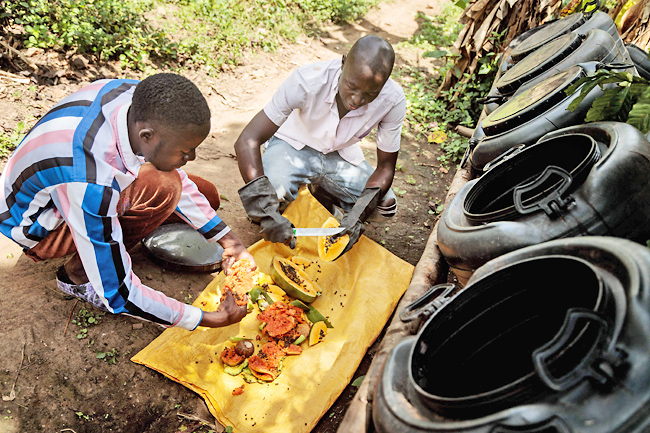 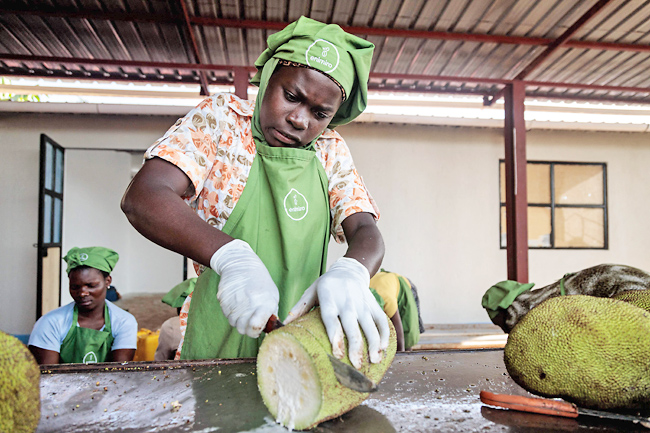 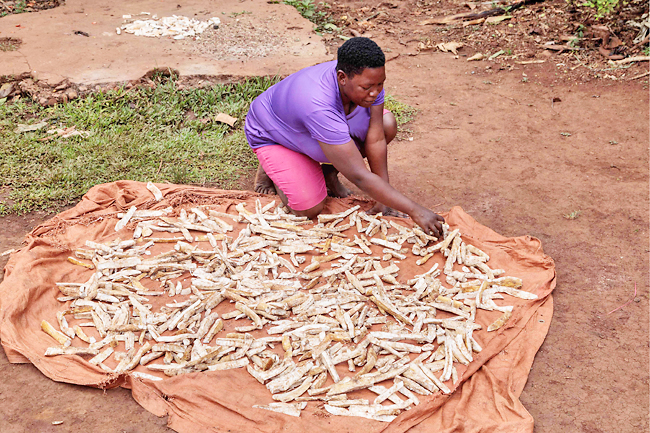 “Organic fertilisers have reduced the expenses I used to incur on chemical fertilisers by almost 60 per cent. My plants are healthier and yields are better now,” he told AFP in his village of Kawoomya Nyiize in central Uganda’s Kayunga district.

The programme, which is partly funded by the government of the Netherlands, is run by Kampala-based Dutch startup Marula Proteen Limited in partnership with Ugandan agricultural firm Enimiro.

“A soil that doesn’t replenish its organic stock will eventually deplete and the plant yields will diminish significantly,” said director at Marula Proteen Tommie Hooft.

The fertiliser produced by the black soldier flies “is full of healthy microbes that provide essential nutrients like nitrogen, phosphorous and potassium” to plants, making it an excellent option for farmers, he said.

But first, there’s the ‘ick’ factor to consider, at least in the eyes of some.

Scola Namataka, a 30-year-old single mother in Kayunga’s Nakirubi village, said she could never have imagined raising insects, especially ones known to feast on faeces.

“I said that can’t be possible, rearing these maggots,” she told AFP, reaching into a plastic container to grab a handful of wriggling larvae.

But with money falling short and the soil on her family’s farm becoming increasingly depleted of nutrients, Namataka was running out of options when she heard about the programme in March this year.

Since enrolling, her plants are thriving, she said, and she’s even managed to get used to the pungent scent of the larvae feeding factory in her backyard.

After the conflict in Ukraine highlighted the worrying dependence of many agricultural economies on fertiliser, the plentiful supply of these insects is a boon to farmers, said Hooft.

Adult females lay hundreds of eggs during their days-long life cycle and the larvae’s voracious appetite means there’s little risk of running out of manure.

“Being so dependent on an imported product is detrimental to farmers’ profitability. Our organic fertiliser is locally produced, and always available,” Hooft said.

The firm has also teamed up with the Kampala Capital City Authority to help with waste disposal, collecting between eight to 10 tonnes of garbage daily from food markets and feeding it to larvae.

The programme aims to solve several problems at once, said Ruchi Tripathi of VSO, one of the non-profits which has partnered with Marula Proteen.

“Feeding the soil through adding organic nutrients is much more sustainable and will build the resilience of the soils which (will) in turn feed the plants,” she told AFP.

For Wakisi, these black bugs have transformed his family’s fortunes, enabling him to hire a tractor, feed his children and pay school fees for his four younger siblings.

Though the cost of fertiliser continues to soar in Uganda, he no longer worries about it.

“I have abandoned the use of chemical fertilisers,” he said.