Hundreds reel in the fun

Hundreds gathered on the Belait Beach shoreline to participate in the Surf Cast Competition organised by the Village Consultative Council of Kampong Pandan B yesterday.

A total of 146 participants lined up along the beachfront behind Seaview Hotel, Kuala Belait to cast their lures and catch the fish during the changing of tides.

Meanwhile, awards were presented to Haji Ariffin bin Haji Daud who caught the first fish of the day just 10 minutes into the competition and Haji Mohd Yusof bin Haji Dulamin who caught the most fish with ten in total. 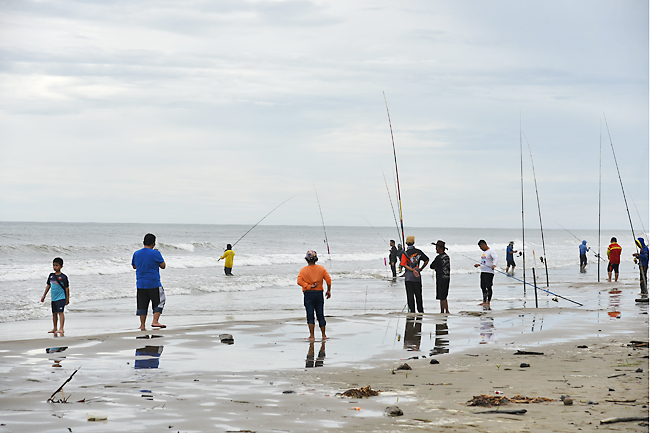