THE WASHINGTON POST – There really was another cut of Justice League. Everyone knew it: the studio, the director, the actors and, most importantly, the fans who bore witness to the 2017 film. They all knew it. But for a while, no one involved would officially acknowledge its existence.

Now, it’s finally here. Four years ago, after a family tragedy prompted director Zack Snyder to walk away from the DC Comics-inspired universe he had built, fans became obsessed with the question of what might have been. In a historic move, HBO Max is releasing Zack Snyder’s Justice League, aka the Snyder Cut – revealing the cinematic vision he had always intended for DC’s answer to Marvel Studios’ Avengers franchise.

Snyder was no stranger to DC film lore, having directed the 2009 adaptation of the Watchmencomic. And despite his exit, he always wanted to complete what he started.

“It was a promise I made about Justice League that I would finish the arc,” Snyder told The Washington Post on a recent Zoom call. “That’s kind of partly where the fan uproar came from, I think, when the theatrical version was released.”

The original plan was for Snyder to gradually unite DC Comics’ most iconic heroes on the big screen. He began with Superman, casting Henry Cavill in the lead role in his 2013 film Man of Steel. Next came Batman v Superman: Dawn of Justice (BVS) in 2016, in which Superman’s death created a threat that prompted the other Justice Leaguers – Wonder Woman (Gal Gadot), Aquaman (Jason Momoa), The Flash (Ezra Miller) and Cyborg (Ray Fisher) – to unite with Batman in 2017′s Justice League. 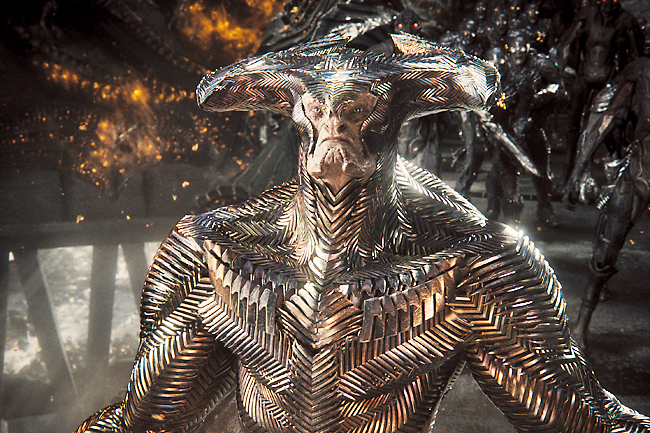 But in the spring before its November release, Snyder walked away from the movie after the suicide of his daughter Autumn. He and his wife, Deborah, who had been by his side as a producer for all his DC films, had already been butting heads with Warner Bros about the tone of Justice League after a polarising critical response to BVS. There were requests for more humour and a brighter palette. Both Zack and Deborah decided letting go of the film and focussing on healing from their tragedy was best for both sides.

Then Justice League was released, with new writing and refilmed scenes from now-controversial Director Joss Whedon, who had worked on two Avengers movies, the kind of superhero team-ups that many at Warner Bros and DC envisioned for their own characters. This Justice League had a lighter tone but critics were not impressed. The film that many thought should have earned an easy billion dollars at the box office given the iconic characters made only USD657 million worldwide. But the biggest noise was on social media, where Snyder’s fans made their dissatisfaction with Justice League clear, convinced that what they had seen was not his true vision.

The #ReleaseTheSnyderCut movement had begun. The hashtag was a constant sight in superhero circles on social media. In 2019, during San Diego Comic-Con, an airplane flew by with a banner that read ‘WB #ReleasetheSnyderCut of Justice League’. Billboards in Times Square during New York Comic-Con displayed the same message. Snyder shared stills of what could have been on the social network Vero.

Snyder has still never seen Justice League, but he was not shocked at the changes he heard about, considering the conversations he had with Warner Bros before stepping away. “When I left the movie, I didn’t check in. I didn’t care. And so certainly they had carte blanche to do whatever they wanted. It’s their thing. The only thing that vindicates you even a tiny bit is that… the fans were like, ‘No, you can’t just do that’.”

The Snyders were moved by their fans’ desire to see Justice League as it was meant to be seen, but also by their support for organisations that worked in mental health awareness and suicide prevention.

“The fans got a huge corporation to listen to them and make this a reality,” Deborah Snyder said of the new film. “To have a fan base that is wanting and being so respectful of the work you’re doing, but also acknowledging personally what you went through, it’s very emotional to see that happen. It was quite remarkable for us.”

Deborah has seen the theatrical release of Justice League and knows how it veered away from their vision.

“Without any judgment on that movie, it just was a different movie,” she said. “It’s hard when you spend so much time and are emotionally invested in something to see something that is so radically different than what you were working on.”

When it was clear there was enough interest in making the Snyder Cut happen, the Snyders first had to make sure everyone at Warner Bros was on the same page. They invited executives to their house for a screening of a cut that featured unfinished special effects and occasional story boards instead of scenes. The next step was to finish. And it wouldn’t be cheap, reportedly costing about USD70 million. That was for reverting back to initial designs, more CGI work and new music – not to mention the time spent editing together footage for what became a much longer film.

Knowing the Snyder Cut would be a streaming experience and not a theatrical one allowed it to grow. The film is four hours and two minutes, twice as long a the original.

HBO Max’s hunger to have game-changing new superhero content to compete with Netflix and Disney Plus – not to mention a pandemic making everyone eager for more at-home offerings – created a golden opportunity for all involved. “What the streaming services have done is allowed a lot more risks to be taken,” Deborah said. “There’s movies getting made – and (the Snyder Cut) is a perfect example – that wouldn’t be made if it wasn’t for the streamers. As a filmmaker and as a producer, that is exciting to me. I want to see the envelope being pushed and risks to be taken.”

The Snyder Cut difference is immediately apparent in what little new footage has been released in trailers and social media posts. Superman is back from the dead in an all-black suit (a nod to The Death of Superman comics). The villain Steppenwolf looks more alien and less humanoid, and is covered in a razor-like armour – visual changes Zack couldn’t wait to implement. There is also the live-action movie debut of Darkseid, perhaps the most heralded antagonist in a DC comic-book library with over eight decades’ worth of adventures. The film was initially intended to be a prelude to an even bigger battle between the hero team and Darkseid – a 1970 creation of the late comic book legend Jack Kirby – back when the Snyders thought they’d be making two or even three Justice League movies.

Zack said that of all the obvious changes fans will notice, he is most looking forward to them seeing what he had in store for actor Ray Fisher’s Cyborg character. He said that when he was revisiting the script with writer Chris Terrio, they both knew right away that Justice League was shaping up to be a Cyborg movie above anything else.

The character, who made his comics debut in 1980, has become more popular in recent years from Cartoon Network’s Teen Titans Go series and is one of DC’s most prominent Black superheroes.

“One of the things I’m most excited about now that I’ve been able to put it back (in the movie) is to see what Ray did and what Ray’s journey was about,” Zack said. “He’s such an important DC character. It was time, frankly, I thought. There could definitely be a Cyborg solo movie after watching this.”

Even if the new release is the last time the Snyders work with DC’s heroes, their fingerprints will be all over the future of Warner Bros superhero movies. Momoa’s Aquaman is a billion-dollar franchise. Gadot’s Wonder Woman films will spawn a trilogy. Miller’s The Flash movie, set for a November 2022 release, is bringing Michael Keaton back to the Batcave. Snyder couldn’t be happier for all of them.

“I love those guys as actors and people,” Zack said. “I’m proud of the work they’ve done.”

The Snyders have dedicated the new film to the memory of their daughter Autumn. “I felt like, to honour her, that was a thing I had to do,” Zack said. “There were times when we were talking about whether to do (the new cut) or not… there was a lot of negativity around it. But I’ll be honest, I’m really glad that I did, because it was a such a cathartic and positive experience just putting that all back.”