How your height impacts your health

ANN/THE STAR – Your height can make you more susceptible to some diseases, according to scientists in the United States (US) – a fact that is likely to become more relevant with the rising average height of women and men around the world.

However, our susceptibility is also influenced by factors like the environment and your socioeconomic situation, say scientists.

It’s not the first time scientists have looked at the topic.

A German study found in 2019 that shorter people have an increased risk of type 2 diabetes.

Meanwhile, Swedish scientists in 2017 found that tall people are at greater risk of thrombosis.

Taller people are also slightly more likely to develop cancer, according to studies.

However, what was not clear was whether height itself is the risk or factors that affect it, so a team led by a physician at the University of Colorado in the US Dr Sridharan Raghavan, dug deeper into the correlations. 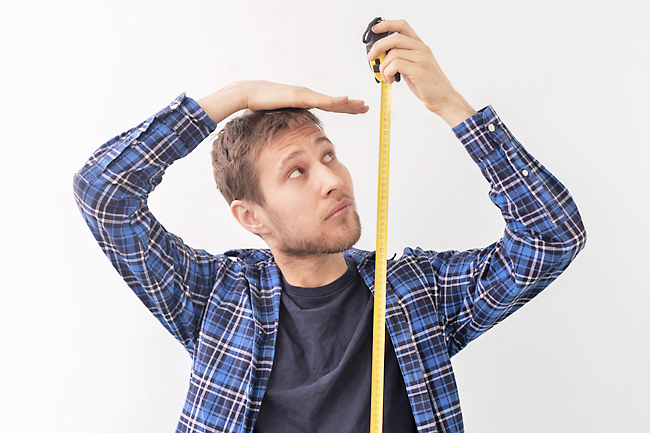 The team analysed data on more than 250,000 adults for over 1,000 diseases and characteristics, using a database containing genetic and health information.

Their findings confirmed that tall people have a higher risk of atrial fibrillation and varicose veins, and a lower risk of coronary heart disease, high blood pressure and high cholesterol.

They also discovered new correlations, as they outline in PLOS Genetics, a scientific journal.

Tall people have an increased risk of peripheral neuropathy, which is caused by nerve damage to the extremities, as well as skin and bone infections, such as leg and foot ulcers.

These include several diseases associated with lower life expectancy and poorer quality of life.

However, further studies are needed to confirm that height is a risk factor for several common diseases in adults.

These results come as no surprise to a diabetes specialist at the University Hospital of Tübingen, Germany Dr Norbert Stefan.

After all, doctors have known for years that our genes determine how tall or short we become. “However, these genes are not only linked to body size, but also to other processes in the body, and thus directly or indirectly to certain disease risks,” he said.

However, he warns that we shouldn’t place excessive importance on genetics, as socioeconomic factors may also exert an influence.

Studies show that tall people often have a higher social status, which goes hand-in-hand with the fact that they are less affected by certain common diseases.

Environmental factors likely have an even stronger effect, said Dr Stefan, referring to China, where body size has been increasing for years. He said that is because people there are consuming more and more milk and whey products, which activate the genes IGF-1 and IGF-2.

The genes drive body growth, and once activated, they stay active for life, he said, noting that IGF-1 promotes cell growth, which explains why tall people have an increased risk of certain cancers.

Stronger IGF-1 activation also ensures that fats are burnt better in the organs, which is why fatty liver is less common in tall people, he said.

Also, taller people are less at risk of type 2 diabetes and heart attacks as they burn more energy when they move, thanks to their longer limbs.

However, longer limbs also mean longer veins in the leg, meaning blood has to be pumped a longer way to the heart, which increases the risk of thrombosis.

On the other hand, the risk of type 2 diabetes and heart attacks is higher in small people, no matter how much body fat they have.

Their risk is far higher if they gain weight than tall people who gain weight, Dr Stefan said.
“So the smaller you are, the more mobile you should be.”

Body size as an issue is usually highly underestimated in clinical practice and deserves more attention, he added.

Such correlations are only likely to become more important over time, as people become taller.