THE WASHINGTON POST – For as long as Jay Maharath can remember, he’s showered at night – a habit instilled in him at a young age by his Asian parents, who didn’t want traces of the outdoors dirtying up their home.

Though always having to wash at the end of the day was bothersome when he was a child, Maharath, who is Laotian American, said he’s grown to appreciate the night shower.

It also serves another function, he said. “Being able to shower at night lets me calm down a little bit and then it’s like I can get into the mode of actually being able to sleep.”

Zaid Al-Hamdan is more concerned about waking up. A former night showerer who switched about 10 years ago, he said he noticed an immediate improvement in his mood and productivity after making the change.

“It’s made a world of a difference,” said Al-Hamdan, 28, an entrepreneur based between DC and Doha, Qatar. Beyond starting the day feeling clean, Al-Hamdan said, stepping under the shower spray “just shocks you and wakes you up”. 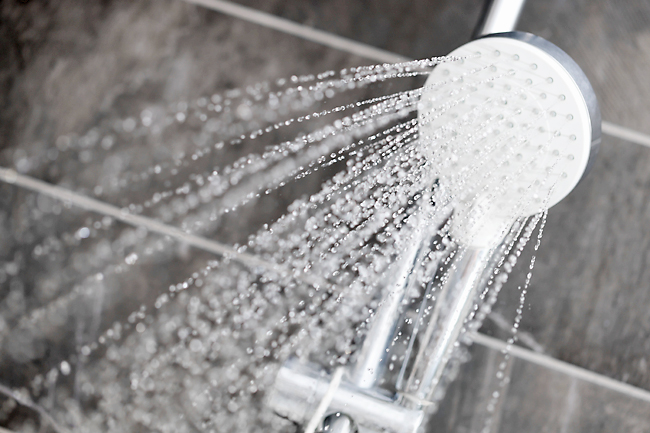 “When I go into the office, I’m more prepared to work as soon as I walk in,” he said. “I don’t spend 30 minutes waking up and just drinking coffee after coffee.”

The “right” time to shower is an age-old debate. Although sleep experts said there is some evidence that a nightly rinse at the right temperature could help if you’re struggling to fall asleep, dermatologists said skin health and hygiene depend much more on how, not when, you’re showering.

When you prefer to shower “is not a scientific decision”, said Mona Gohara, an associate clinical professor of dermatology at Yale School of Medicine. “This is a personal decision.

Anecdotally, dermatologists said, many people seem to be showering less during the coronavirus pandemic – part of a larger trend of embracing minimalism in daily routines. This actually dovetails with some of their guidance about washing and shampooing. Time of day aside, here are the factors to consider when you shower.

There are few things more soothing than a long, hot shower. But for some people, especially those who have drier skin or skin conditions such as eczema, prolonged exposure to hot water can often do more harm than good, dermatologists say.

For one thing, its relaxing effect can encourage people to take longer showers or baths, said Ivy Lee, a Los Angeles-based dermatologist, which “can actually draw out and dehydrate the skin”. That’s because when “you’re opening up that skin barrier and creating that permeability, it really just decreases (the skin’s) ability to hold on to water”, Lee said.

Lee and other dermatologists recommend shorter showers – usually no more than 10 minutes – with warm or room temperature water, which may be less drying to skin.

Water temperature and timing are also important factors to consider if you’re a night showerer who hopes it will help you sleep, said Chief of Sleep Medicine at Northwestern University’s Feinberg School of Medicine Phyllis Zee. For best results, Zee recommends taking a warm shower between one to two hours before going to bed.

This would warm up your hands, feet and head, causing heat to dissipate from more central parts of your body, such as your chest or abdominal area, and helping to decrease your body temperature, Zee said. Because the body naturally begins to cool down as it approaches bedtime, this may help you fall asleep, she said.

For skin health and hygiene, when and how often you shower should depend on your skin type and activity levels, said a clinical assistant professor in the Dermatology Department at Louisiana State University Chad Prather. If you have drier skin or aren’t doing many activities that may result in sweating or exposures to dirt, other irritants or germs, you could shower less frequently.

Gohara said she generally recommends people wash their bodies once a day, or twice at the most. For those with conditions such as eczema, even showering once a day might be too much, she said.

The “less is more” approach should also be applied during the shower, said an assistant professor of clinical dermatology at the University of Pennsylvania’s Perelman School of Medicine Jules Lipoff. Though Lipoff and other experts noted that indulging in a long shower or bath can be important for mental health, much of what people do when they bathe is “certainly not medically or hygienically necessary”.

When it comes to bathing, Prather said he encourages people to focus on “the three Ps”: “pits, privates and piggies”. Your armpits, groin area and feet are the only parts of the body that emit bad odours, Gohara said.

Hair washing, Prather said, can be more variable. “Not everyone has to wash hair every day,” he said, and it’s important to find the routine that “fits your lifestyle”.

Lee added, “It really depends on hair texture and also what that balance and equilibrium is for an individual.”

If your hair is brittle, has a coarser texture or you notice split ends, that may be a sign that you’re washing too frequently and stripping the natural moisture, Lee said. Alternatively, not washing your hair enough can lead to a greasy appearance, as well as more buildup on the scalp and dandruff.

When you’re washing your hair, Prather recommends focussing shampoo on your scalp. “Washing your hair should feel like you’re giving yourself a scalp massage,” he said. But if you use conditioner, he said, make sure to work that through the length of your hair.

According to the Food and Drug Administration, there are very few “true soaps” (made with a combination of fats or oils and an alkali, such as lye) on the market today, as most body cleansers – liquid and bar forms – are synthetic detergents, which are less irritating to the skin.

Dermatologists suggested looking for a soap or body wash described as a “gentle cleanser” and sulphate-free shampoos.