France’s President Emmanuel Macron, Singapore’s Prime Minister Lee Hsien Loong, and United States’ (US) Vice President Kamala Harris are super-influencers with tens of millions of social media followers – all of whom were introduced to what Thailand has to offer.

Singapore’s number one influencer, Prime Minister Lee Hsien Loong, posted photos of the Thai specialities served to leaders at last Thursday’s APEC gala dinner. The star of the show was the starter dubbed “Welcome to Thailand” – dishes from all four regions presented on a map of the Kingdom.

Lee also snapped pictures of the evening’s gala performances for his followers, remarking. “the cultural show was an interesting blend of traditional and modern Thai song, music and dance.” 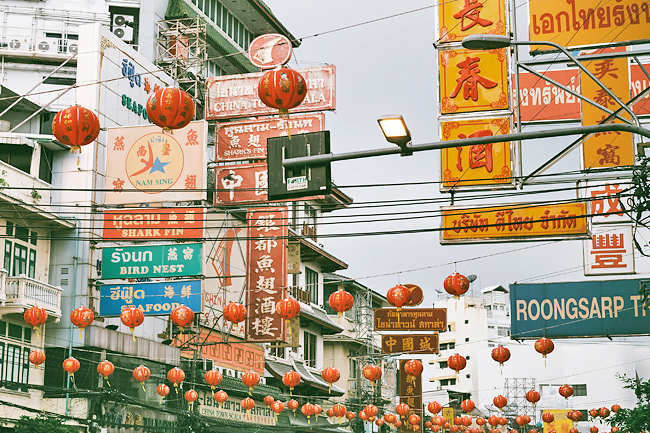 Meanwhile, Kamala Harris made time in her busy schedule to showcase Thailand’s spiritual side with a visit to meet the Supreme Patriarch at Wat Ratchabophit last Saturday.

Having done the temple, she went shopping on Sunday at Or Tor Kor Market in Chatuchak, where her 17.1 million Instagram followers watched her snapping up red and green curry pastes, dried kaffir lime leaves, lemongrass, tamarind sauce and galangal before she jetted back to the US with the ingredients.

His 8.9 million Twitter followers followed him every step of the way, as Macron offered a guided tour through Bangkok’s cultural highlights.

Elsewhere, the traditional Thai massage offered at the Labour Ministry booth in the APEC venue was a big hit with delegations from Saudi Arabia, Japan, South Korea and China.

Prime Minister Prayut Chan-o-cha hailed the APEC leaders’ Thailand showcase as a boost for Thai tourism just in time for the high season. The country has welcomed 7.6 million foreign visitors so far this year, with the Tourism Authority of Thailand expecting that figure to rise to 10 million by year-end.