How to spot signs of your child being cyberbullied or trolled

ANN/THE STAR – Sixteen-year-old schoolgirl Sofea (not her real name) got to know a 17-year-old schoolboy, Ryan online during the pandemic and became friends.

They chatted online, and shared images and videos, but not intimate ones.

Subsequently, after the movement control order, they met up and hung out. He even introduced her to all his friends, got together at a mutual friend’s house, and all seemed well.

Then one day, Ryan told Sofea that he wanted to be “more than friends”. Unfortunately, she didn’t feel the same about him.

That was when Sofea’s nightmare began. Unbeknown to her, Ryan had secretly filmed her while she was using the toilet at a mutual friend’s house. He uploaded pictures and videos of her online, saying derogatory things about her.

“My whole world was turned upside down. I couldn’t sleep, I couldn’t eat, and I couldn’t concentrate on my studies. I was afraid my parents would find out,” said Sofea. Children are exposed to online harassment and abuse such as cyberbullying and trolling, and while we can’t stop them from going online, we can teach them how to keep themselves safe, said Women’s Centre for Change (Penang) Project Officer Yeap Yen Ying. 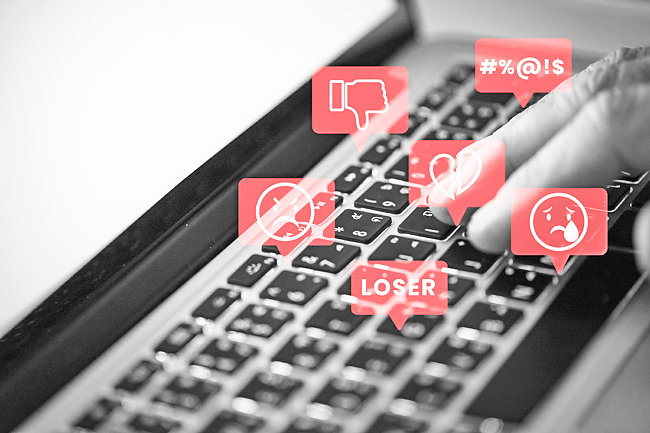 It can happen through text such as WhatsApp or SMS; on social media such as TikTok or Instagram; in online forums, chatrooms and message boards such as Reddit, or even in online game communities, she said.

She added that it includes sending, posting or sharing negative, harmful, mean or false content about someone. “This might also involve sharing personal or private information that causes embarrassment or humiliation towards someone. And it’s usually targetted towards someone they know,” said Yeap.

“The post might also be forwarded to others to make the victim look bad but actually, he’s not a bad guy but is just being bullied,” she explained. Trolling is a type of cyberbullying that is common on Twitter and other social media.

“Trolls take advantage of the ‘anonymous’ nature of the Web to post hateful messages, usually to those who are unknown to them.

“The main difference between a cyberbully and a troll is the former uses the Web to hurt others, while the latter uses it to stir up online communities and attract attention to themselves,” she explained.

When a child is a target of cyberbullying or trolling, they might exhibit certain signs or symptoms, said Yeap. There will be a change in their usual behaviour.

A typically cheerful child might seem quiet, sad and withdrawn. They might also withdraw themselves from social activities or people,” she said.

Yeap advised children who have encountered such things to first tell their parents or a trusted adult such as a teacher or relative. She emphasised that children need to realise that they have the right to say no if they don’t feel comfortable with anything.

“Children need to be taught about how social media works. There are different types of people on social media. Not all are good people, some are nasty and give mean comments. So if you feel bad because of those nasty comments, then maybe you can take time off from social media and your devices,” she said.

“Other than for studies, don’t be online so you limit the access those bullies have to you,” she advised.