How to make a tastier chocolate? Use geometry

THE WASHINGTON POST – With Halloween around the corner in the United States (US), kids across the country are about to collect bags full of candy – including heaps of chocolate.

Meanwhile, a group of researchers in the Netherlands has been experimenting with a method to make chocolate more of a “treat” than ever.

While chocolate is delicious for many reasons, this study focussed on how it cracks when it is bitten. “An aspect that I particularly like is its brittleness, and what it does when it breaks,” said researcher Corentin Coulais, who teaches physics at the University of Amsterdam. To optimise how it feels in the mouth, “we gave geometry to chocolate”, he said, “that would then change the way it breaks.”

Giving it “geometry” involved using a 3D printer to layer 72 per cent dark chocolate in various ways. Rather than creating a flat, solid chunk, the machine printed it into a simple S-shape, or zigzagged super-thin layers back-and-forth several times, or swirled it into increasingly complicated spirals. The resulting pieces were fed to 10 eager volunteers. The researchers asked, “How crunchy was it?” “How easy was it to bite?” “How would you rate the overall experience?”

The crunchiest – while remaining easy to bite – was the chocolate swirled into fairly complicated spirals. It was also the top tasting experience. “More crunchiness meant that people tended to like it more,” Coulais said. 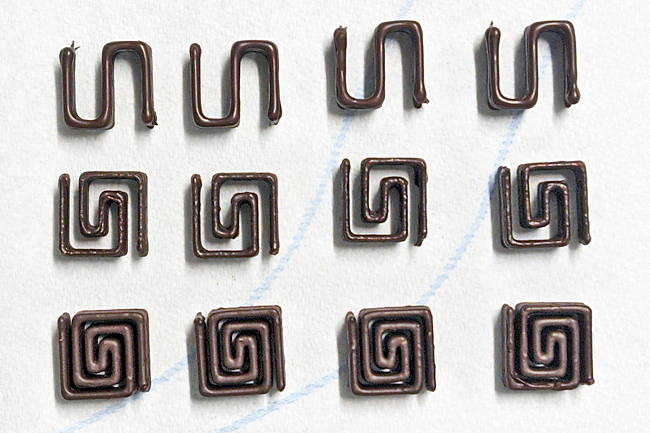 The researchers also used a machine to crack the various shapes and see which was the most brittle. Plus, they recorded the sounds of the cracking, because a pleasurable eating experience doesn’t only take place in the mouth, but can be affected by the noises in your skull. The general winner remained that spiral.

However, the spiral’s not necessarily the best shape possible; it was just the best out of the few the researchers tested. “I’m sure there would be better ones if you would search more,” Coulais said. It’s also not necessary to create them with a 3D printer; this was just a handy method to quickly try out multiple options.

Whether chocolate will soon be made differently thanks to this research, “it’s too early to say,” Coulais said. He is working with a couple of organisations to see how it might be applied. He’s also involved in putting together a team to look at the physics of how things crack in materials other than chocolate – ones that might be used in vehicles, for example, to make them less dangerous when they crash.

“The idea is to embrace failure,” he said. “When you get an impact of some form, you know something is going to break.” If you can control how it breaks, “maybe you can deflect the energy of the impact away from the passengers, for instance”.

Understanding fractures could make life safer – in cars or airplanes or wearing helmets. It could also make those treats even more tasty.