THE WASHINGTON POST – Humans in the eastern United States (US) can argue endlessly about whether the Brood X cicadas are grotesque or magical, but dogs aren’t nearly so discriminating. They just think the curious creatures look like dinner – with sometimes unfortunate results. That means that, every 17 years, dog owners must add cicadas to the list of summertime pet hazards.

“Dogs explore their world with their mouth,” said clinical assistant professor in community practice at the Virginia-Maryland College of Veterinary Medicine at Virginia Tech Mark Freeman. “They’re going to pick these up and find out that they’re crunchy and delicious, and they’re going to want to have some more.”

Fortunately, periodical cicadas aren’t toxic, and they even contain protein. Eating just one or two is low risk, Freeman said, but if your dog gorges on them, it’s best to call your vet: Overindulging could cause vomiting, diarrhoea and stomach pain. Plus, cicadas’ shells aren’t digestible, which means their sharp, rough edges pass through the digestive system intact and, worst case, could cause a bowel obstruction.

“There are some variables that come into play,” Freeman said. “If you’ve got a tiny chihuahua that eats three or four of them, that could be a problem because they’re much larger for a little bitty dog. If you’ve got a Labrador or a German shepherd, four or five isn’t going to be an issue.”

While the cicadas will vanish again by early July, other dangers will remain all summer. Here are some to watch out for.

Unlike bugs, plants can’t run from preying cats or dogs. Instead, they “use chemical warfare to stop from being eaten”, said Senior Director of the ASPCA’s Animal Poison Control Center Tina Wismer. For example: Sago palms – which are commonly planted outdoors in the Southern US and grown indoors in colder climates – are lovely to look at but toxic to pets. All parts of the plant are poisonous, but the seeds (also called the nuts) are the most toxic part, Wismer said. Consumption can lead to vomiting, diarrhoea, seizures, liver failure and even death. 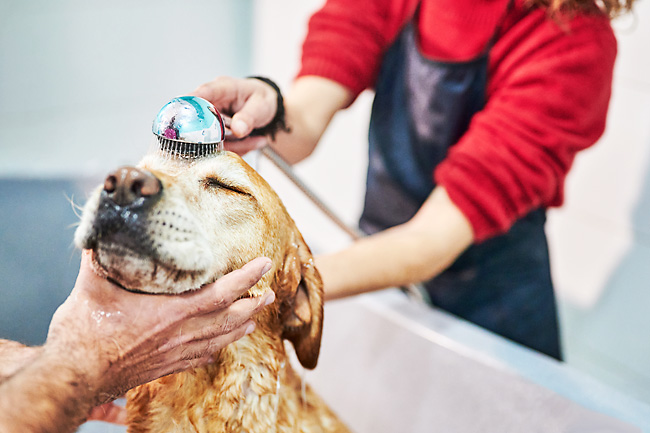 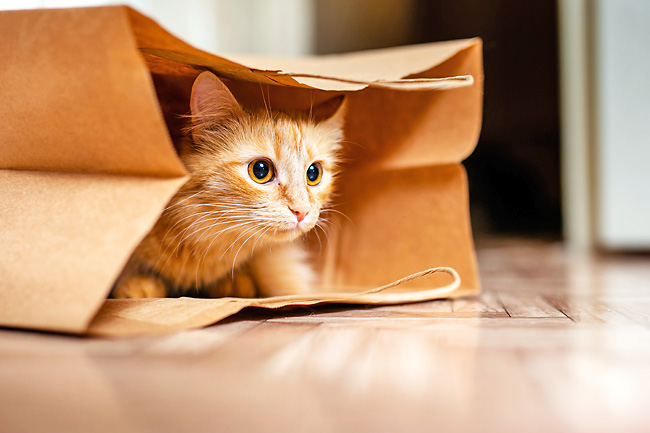 Other vegetation to be mindful of: Consuming any part of the oleander plant can cause vomiting, along with changes in heart rate and heart rhythm, Wismer said, and the seeds, or beans, of castor oil plants can cause an upset stomach, tremors and organ failure. Ingesting philodendrons can cause pain and irritation to your pet’s mouth and lips, and bulbs such as tulips, hyacinths and daffodils can lead to vomiting, diarrhoea and drooling. “All parts of these plants contain toxic components,” Wismer said, but the bulbs are “especially concentrated, making (them) the most dangerous part”.

If you have cats, think twice before bringing lilies into your home. Ingesting even a small amount of the plant – or its pollen or the water it’s been sitting in – can cause severe kidney damage.

Exactly how often pets ingest toxic plants varies throughout the country, depending on climate and most common plantings, said American Kennel Club’s Chief Veterinary Officer Jerry Klein. He’s been an emergency vet in Chicago for more than 30 years. Most encounters don’t end tragically, but “we have to always err on the side of safety”, he said.

In 2020, the ASPCA’s Animal Poison Control Center fielded 9,000 more plant-related calls than it did the previous year.

Tick activity is expected to be higher than usual this year, and some health experts recommend wearing clothing that’s been treated with permethrin, an insecticide. However, a concentrated dose of permethrin is “very toxic to cats”, said Chief Medical Officer James Barr for BluePearl Specialty and Emergency Pet Hospital, which has locations throughout the country. Exposure can cause tremors and seizures. “I wouldn’t have any contact with my cat wearing that,” he said; he instead opts to change into permethrin-free clothing first. “Now, that being said, it’s probably not going to actually get on them. But at the same time, I wouldn’t take that chance.”

What happens most often, he said, is that pet owners purchase flea and tick medication that contains permethrin for their dogs – and then use it on their cats. Such products are species-specific and can’t be shared.

Certain types of toads in the South and Southwest, including the Colorado River and Cane species, secrete toxins that can make dogs sick. Exposure usually happens when the amphibians feel threatened.

“They secrete a substance on their skin that’s really unpleasant,” Freeman said. “But there are dogs that, bless their hearts, aren’t real bright, and they still want to chew it up and swallow it.”

In most cases, the dog will immediately vomit up the toad. But if you notice unusual drooling or slobbering, or your dog is pawing at his mouth, get to the vet.

Trouble can arise at food-related gatherings, when dogs swipe at unattended plates or break into the garbage. Skewers can injure the stomach and intestines, bones from meat are choking hazards, and corn on the cob can be lethal. “I’ve had dogs swallow (corn on the cob) and have intestinal obstructions requiring surgery,” Klein said. “Unfortunately, if it’s not caught early enough, they can die.”

Watch your pets closely at gatherings and use lidded trash cans to help keep them out of the garbage.

It’s not unusual for dogs to be stung or bitten by bees, fire ants and spiders, though the effects will typically be mild.

If you think a stinger is stuck in your dog’s fur, try one of Klein’s favourite at-home remedies: Blend baking soda and water until it’s the consistency of toothpaste, and then spread it on the area that was stung. “That will help draw out the stinger and may alleviate some of the discomfort,” Klein said. “And then you can ice the area.”

Animals are at risk of experiencing allergic reactions to wasp or bee stings, just like a person might be, so watch out for swelling of your dog’s face – or a limp if she was stung on her paw. If the swelling is accompanied by vomiting or diarrhoea, seek medical attention.

If your dog’s skin looks pinker than normal, he might be sunburnt. Light-skinned breeds and hairless dogs, such as bulldogs, white boxers and Chinese crested, are especially susceptible to burns, Klein said.

He recommended applying sunscreen that’s specifically made for dogs. Look for a brand that has no fragrance and doesn’t contain zinc oxide or para-aminobenzoic acid; dogs often lick sunscreen off their skin, and both ingredients are toxic.

Before heading out for a walk in the summer, consider how quickly asphalt can become scorching hot. Dogs’ paw pads are at risk of getting burnt; sometimes they’ll let you know by licking their feet, but other times they’ll be “quiet about it”, Barr said. “Dogs have tough pads, but I’ve seen tons of burns.” While canines aren’t always fond of doggie booties, he said they’re worth trying.

So far this year, we’ve had higher than usual humidity, and that’s problematic for dogs spending lots of time outside. “People don’t realise how easy it is for dogs to have heatstroke,” Freeman said. “Dogs can have heatstroke when it’s 65 degrees out.” That’s because humidity makes panting a less efficient way for dogs to cool themselves.

Ensure that animals have access to shade and water, and watch for early signs of heatstroke, such as excessive panting, a rapid heart rate, bright red gums, a purple tongue and a dry nose.

If you think your dog is getting too hot, one of the best things you can do is immediately get her wet, perhaps by spraying her with water from a hose, and take her into an air-conditioned room. (Dogs don’t always know what’s best for themselves and will often continue playing, even when they’re suffering.) If your pet’s symptoms linger for about 15 minutes, contact your vet. “It can be a life-threatening emergency and sometimes require intervention,” Freeman said.