How to handle conflicts with your teen

ANN/THE STAR – Conflicts between parents and teens are a normal part of life, but they can be stressful.

For example, you may face conflict when trying to advise teens, as they are likely to find it irritating, intrusive or too critical. The situation can then spiral out of control, leading to a war of words.

Staying cool and finding a reasonable, yet neutral, solution that is acceptable to all can become difficult and this may escalate things.

It is critical not to do or say things you may regret later. If the situation isn’t urgent, agree to disagree and postpone the discussion on the issue at hand to a later time.

Once everyone’s emotions have cooled, it should be possible to have a productive talk.

Above all, don’t hold grudges or resort to the cold-shoulder/silent treatment.

Do your best not to be overly critical with remarks, as this would only further escalate the situation.

The teenage years are a time of much change. Other than puberty, many other factors come into play, such as studies, social life, and of course, family.

Brain development during adolescence is believed to play a role in this, and it can lead to increased susceptibility to intense emotional responses. 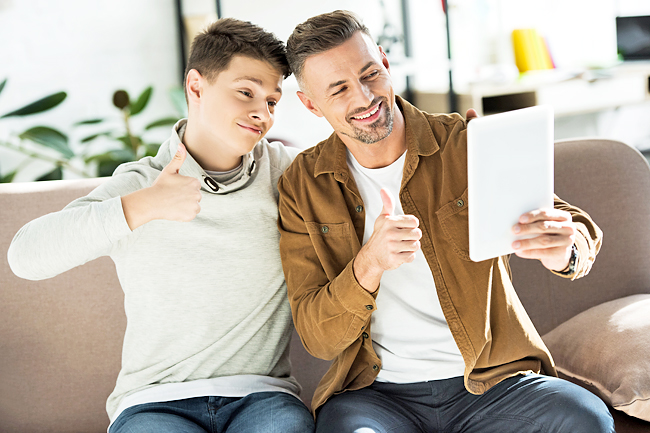 SOME TEENS MAY EVEN BECOME INCLINED TO ENGAGE IN RISKY BEHAVIOUR

This volatile mix of high emotions and risk-taking can be a major factor in the parent-teen conflict.

If you want something from your teens, you won’t get it by being an authoritarian.

Being firm and open is the most effective parenting style for all teens, and it is essential for teens with emotional and behavioural difficulties.

Everyone needs rules in life to live safely and peacefully.

Teenagers need rules too, even if they may sometimes break them. You definitely need to be more proactive when it comes to resolving conflicts with your teen. Here are some tips on how to deal with conflicts:

Have a talk later

Your teen may do or say spiteful things. To avoid responding negatively, you can disengage.
Step back and let him know that you are available when he is ready.

Don’t give in to anger

When things get heated, the chance for a talk to devolve into an argument is much higher.

As a general rule of thumb, don’t let emotions get the better of you when talking with teens, as this would be counterproductive. Tell them your logic and reasoning for making certain decisions.

Don’t use ultimatums to get your way – this only drives a wedge in your relationship and doesn’t present your point of view in the best light.

Instead, try to reach an agreement, but do give your teen time to come to terms (and agree) with you.

Listen to your teen

Communication is a two-way street, so when you talk to her, be open to her point of view as well. There may be valid reasons for them, and by listening, you acknowledge and validate her opinions and feelings.

Listen to and hear your teen’s point of view. The key is to listen with the goal of understanding.

Assumptions are dangerous as they can easily undermine your relationship with your teen. Before placing the blame or responsibility on him, make the effort to find out what really happened. Teens tend to be more sensitive, so you may need to explain things clearly.

Don’t use an accusatory tone or phrases such as “You never listen”, “Why are you so stupid?” or “You’re so careless”. Remember that what you say should target the behaviour, not your teen, otherwise it becomes a barrier to communication. Deliver your messages even when your teen won’t listen.

Keep it on track

Stick to dealing with one issue at a time by focussing on what started the conflict. Trying to deal with multiple issues is counterproductive as it would make your teen feel like you’re finding fault over everything. However, make your teen accountable for their actions.